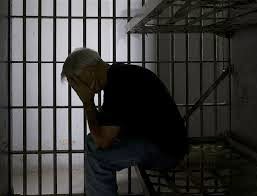 Jalingo — THE Deputy Comptroller of Prisons in Taraba State, Magaji Jatau yesterday lamented the deplorable condition of prisoners as well as those still awaiting trials for various offences in Jalingo Prisons, describing the situation as terrible.

Jatau spoke yesterday when the Chairman of DSK Foundation, Chief David Kente visited the prisons to donate some items to the inmates as part of the ceremonies marking his 49th birthday.
According to sources the poor condition of the prisons had no source of water supply since the only pipe that connected it to public water supply had been earlier been damaged, adding that the situation had made it impossible for them to take their bath daily.
The sources added that the prisoners also sleep in the over crowded cells for days now without food due to scarcity of water.
Apart from water, the only one Black maria which used to convey those waiting trials to their various courts for prosecution of their cases had broken broken down even as the prison authorities were now facing the security challenges of taking the inmates to courts for trials.
Jatau has asked the government to relocate the Jalingo prison out of Jalingo town stating that going by the current security challenges in the north east, the location of the prison in the middle of the town posed serious danger to the prison neighbours.
He further reviewed the prison plan which was built for 150 inmates but currently accommodating about 500.
The chairman DSK Foundation, Chief Kente later donated N500,000 for improvement of facilities in the prison and prayed for the inmates, even as he called on governments at all levels to improve the lot of prisoners in the country.
"I know that governments have done much to these people but they should keep it up by providing for their up keep because they are still members of the society. Let us have it in mind that they are just few that the law has been able to catch up with. We are having some criminals among us who are worse than them," he said.