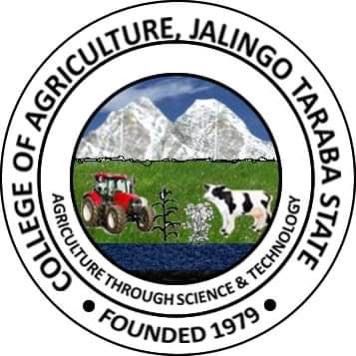 In his effort to revive the College to regain its lost glory, the Provost, College of Agriculture, Jalingo, Dr. Yakubu Ali Garjila has written a proposal for the amendment of the Edict establishing the College by widening the scope of its specialization to accommodate more programmes and get enlistment into TETFund.

And because of his interest in the development of Agricultural Sector for food security and sufficiency in the State and to also rescue the College from collapsing, His Excellency, the Executive Governor of Taraba State, Arch. Darius Dickson Ishaku, has come to the rescue of the College by compassionately sending an Executive Bill for the establishment of the College of Agriculture, Science and Technology, Jalingo (Establishment Bill 2022), to the Taraba State House of Assembly, which has since scaled through 1st Reading at the floor of the House. The Bill was read at the floor of the State House of Assembly by the Speaker, Rt. Hon. Joseph Albasu Kunini and its motion was moved by the Majority Leader of the House, Rt. Hon. Douglas Yahaya Ndatse to curve the way for the House Committee Chairman on Agriculture, Rt. Hon. Habila Anderufun to lay the Bill at the floor of the House.

Passage of the Bill into Law is indeed a right thing in the right direction, because the College would witness accelerated progress and development in areas of expansion and infrastructure. Already, running of Post Graduate Diploma Programs with affiliation to Federal University, Wukari has since commenced.

If commitment and determination manifested in leadership, then successful and prosperous organization is always the result.

Thank you, Mr. Provost for subjecting your time and energy to revamping our College from a rebarbative Institution to a renewed, vibrating and vocational agrarian Institution.

Thank you, Your Excellency for the show of care and concern towards reviving the College to a prestigious agrarian institution.

Special thanks to the members of the Taraba State House of Assembly for your swift and positive response to His Excellency's rescue of the College.

P.A. to the Provost