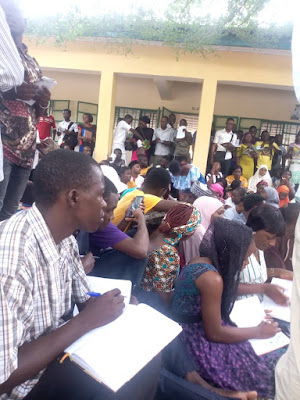 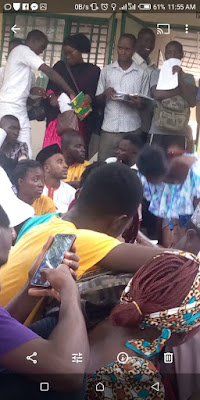 Taraba Facts spoke to one of the students on phone and he Informed us that the hall is too small to accommodate the students, that why they decided to go outside their hall to receive lectures.

On the 3rd of May, 2019, the Academic Staff Union of Universities, Taraba State University Chapter suspended its two months strike following an agreement reached between the union and the state government.

The union had embarked on strike on April 3 to press home their demands including non-payment of earned academic allowances, lack of perimeter fencing, inadequate funding among others.