CRISIS: FC Taraba Players in Protest Over Non-Payment of Salaries, Bonuses for over 8 months 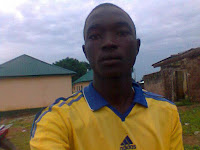 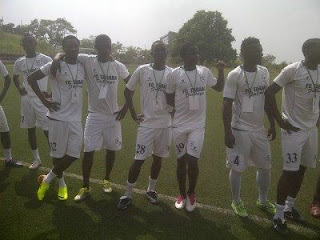 He said the club was at the top of the league after eight matches, but regretted the inability of the state government to cater for the players who came into the state from other states of the federation to contribute to the development of Taraba state.
He further said the players were set to go back to the camp and decides among themselves wether to continue with training and matches or not.
Mr. Anthony Jerason the secretary to Taraba state government who received the protesters at the gate of government house plead with players to be patient with the new administration of Darius Ishaku as the governor was yet to settle in the office.
"We sympathized with you, as a responsible government we are committed to tackle challenges we inherited but sincerely we have inadequate resources at hand for now"
" It would not take us time to look into your matter because we can't imagine that someone has not been paid for nine months but with time we shall wipe away these challenges"
"Go back and train am going to detail your protest to the governor as soon as he returns from Abuja and your warfare shall be properly looked into" Jerason stated.