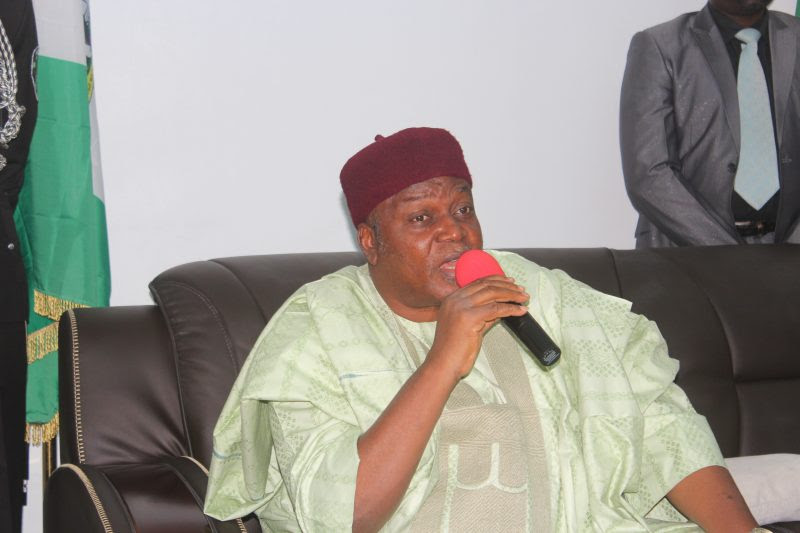 But for the swift intervention of Governor Darius Ishaku, working with his Benue state counterpart, the district head of Chir-Akera in Lufu, Takum, Veyor Gbatu, would have been kidnapped.

Recounting the drama, Counsellor of Fete ward, Andrew Titus said about twelve heavily armed men invaded the community and forcefully captured the district head.
He said ” I got a call this morning from the district head of Lufu who told me the chief has been captured by some armed youth. I quickly swung into action and told the chairman of the local government who in turn quickly reached the governor.
I later learnt that the governor promptly called his Benue state  colleague, Governor Samuel Ortom, for coordination. This is how our governor has been doing this by always linking up with other stakeholders, especially the Benue state governor.
It worked well because our youths were able to intercept the abductors as they were getting out of town. The monarch was tied up in the boot of the van they used. When we met them initially, they threatened to shoot me.
They wore military uniforms and held sophisticated weapons. My worry is how did they get those uniforms to wear? Who gave them soldier uniforms? They said they are informers for the military.
But informers shouldn’t be wearing uniforms I think. Eventually, the CO said we should release them to the police. So we freed the chief and took him back to his domain.”


The Takum youth expressed concern over the spate of invasions from Benue state, noting that the incidence to lead to crisis in the tense area. Titus said, “l think they should be able to address this issues and take it seriously.


How can you have a situation where people don’t respect boundaries? We are separated from Benue state by 16km in distance. But they are always encroaching and even giving names to settlement.


No one from here can dare that in Benue. It appears our hospitality is being abused.”