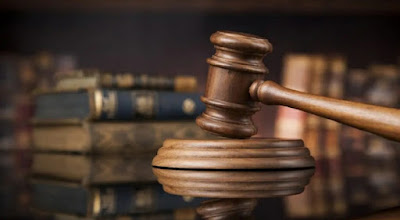 The ongoing legal tussle between the gubernatorial candidate of the Peoples Democratic Party (PDP) for Taraba State, Dantala Kefas Agbu and an aggrieved aspirant, Jerome Nyameh, is gradually coming to an end as the court adjourned for the adoption of written addresses, Daily Post Reports.

Both parties in the case, at the time of filing this report, have closed their cases as all witnesses needed to be presented have testified before the Federal High Court sitting in Jalingo, the state capital.

The adjournment for the adoption of written addresses which is slated for the 21st of July, came on Monday shortly after the defendant’s case was closed by his counsel.

The plaintiff, Professor Jerome Nyameh, who had dragged the party’s guber candidate to court, is demanding his disqualification on the grounds that he (Agbu), did not purchase both the expression of interest and nomination forms to jostle for the governorship candidate of the party.

Nyameh who is also claiming that the candidate was not among the aspirants that were screened by the party’s screening committee in the neighbouring state of Bauchi, also asked the court to restrain him from parading himself as the party’s governorship candidate for Taraba.

Testifying through his witnesses in court on Monday, Agbu denied all the exhibits presented to the court against him by the plaintiff.

Armed with exhibits, Agbu’s witness from the legal department of the party, said he was duly declared fit and qualified to participate in the party’s governorship primary in the state.

The witness who gave his name as Jacob Oche Otopa told the court that Agbu was screened and declared fit by the party to contest the primary which he won.

Oche said a special screening committee was set up by the National Working Committee of the party to screen aspirants “who due to one reason and the other were not screened at the initial organised screening exercise “.

The witness said the National Working Committee of the party, also issued Agbu a qualification to contest in the primary, adding that he was screened and found fit to participate in the said primary.

Presenting evidence that the plaintiff did not appeal the outcome of the primary election, he said the officials of the Independent National Electoral Commission were on ground to monitor the primary in the state.

The plaintiff, through his counsel, however, objected to the exhibits tendered by the defence counsels.

On his part, the presiding judge, Simone Akpa Amobeda, who listened to both parties, urged them to go ahead and file their adoption of written addresses.