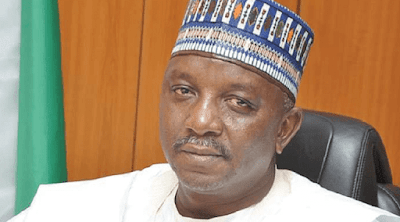 Anxiety mounted in the All Progressives Congress (APC) in Taraba State when the news of the sack of Sale Mammah as minister for power by President Muhammadu Buhari filtered in.

Some party members in the state who spoke to LEADERSHIP said the news came as a shock, stating that the president must search for another committed APC member to refill the position.

Though the chairman APC Taraba State Ibrahim El-Suldi refused to comment on the sack of the minister, LEADERSHIP gathered that some of the top members of the party were already in a rush to Abuja to push for replacement.

“I don’t have a comment now. El-Suldi stated when contacted.

Chief David Sabo Kente, a staunch member of the party and APC governorship hopeful described the sack as shock, he said Taraba State chapter of APC did not expect the news as at the time it came.

“The prerogative of the appointment of a minister lies in the hands of the president, though it is shocking to some of us because he is one of us and he is occupying a very sensitive ministry in the cabinet, we pray one among us to be considered subsequently during appointment time to succeed him,” Kente stated.

A member of the party Mallam Yusuf Dodo accused the minister of not doing enough to actualize the Mambila HydroElectric Power project even though the minister is from Taraba State where the project is cited.