Panic In Jalingo Over Raising Cases Of Missing Persons 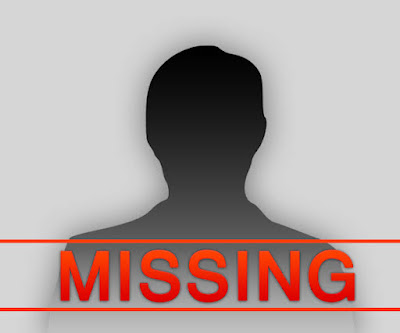 Panic gripped residents of Jalingo, Taraba State capital over raising cases of missing persons reported in the metropolis in recent time as one among the latest victim was found slaughtered to death in a maize farm within the state capital.

According to unconfirmed reports 26 People were Lost in Taraba State out of which 13 are from Jalingo three people were found murdered and the rest are still missing.

Taraba Truth and Facts Newspaper gathered that most cases of missing persons happens in the night, ATC, New CBN Bye Pass and other isolated areas around Jalingo Mr Sulaiman Musa Kantiyel, a Taxi driver whose house is located at Anguwan Gaadi, in the heart of Jalingo went missing on Thursday16 October when he left his house at about 10 pm for his Taxi job, which he runs due to the night restriction on tricycle in the city. Suleiman’s lifeless body was found in a maize farm at Deeper Life Camp Bye￾Pass on two days later with his hands to his back and slaughtered in cold blood.

The elder brother of Suleiman, Mr. Ahijo said his brother left his house at about 10pm for Taxi work on Thursday while the family wait for return in vain for two days before his corpse were discovered in a maize farm.

He said his brother has been going out for the Taxi job on daily basis, “We have not seen this type of evil before, he has been going for this job every day, we never expected this kind of thing will never happen to him, the security should do it best to find those behind his murder.

“They killed him and left with his Taxi and his phone, the phone number has not been connecting since the day he was killed. Also another victim, Mr. Hussaini Maigari, a resident of Angwan Baraya, Sarkin Dawaki ward in Jalingo who left his house on Friday with his car Toyata Corolla LE, red colour with registration number 210 GMB has not been seen up till the time of the report.

A family member of Maigari who refuse to disclose his name for security reasons said his Uncle left his family at about 5pm on Friday 17th October and had not return.

“We have been calling his phone number since he left home, he did not tell us he was traveling, he only told us he was going out, is very unusual of him, we believe something wrong have happened to him, we are pleading with security agencies to find his where about for the family to have a rest of mind.

However a girl of six years old was declared missing around Anguwan Gaadi on local television, was however lucky to be found by her relatives after several days of search. Mary Johnson, an elder sister of the young missing girl said the six year old girl was letter found on a street within Jalingo.

According to Mary, the six years old girl disclosed that she was picked by an aged woman who went and kept her in a location she cannot describe nor recall as at the time of the report.

The young girl was receiving treatment in an undisclosed hospital in Jalingo, the family members who spoke to our correspondent said the girl was finding difficulty in speaking and expressing herself, after the incident.

of Suleiman to ensure their arrest. Although, ASP Usman Abdullahi said the command was yet to be briefed over the other incidents as reported, local security sources said at least up to five people are usually reported within the state capital weekly.

“We are having an usual case of missing persons and many people are not reporting to the police because they would be asked to pay lodge their complains, it’s a very disturbing trend in the city of Jalingo. Security and traditional stakeholders must raise to the challenge because the people are living in fears of being kidnapped in the night and going missing  without trace in the day,” Usman Ali who resides in Sabongari said.