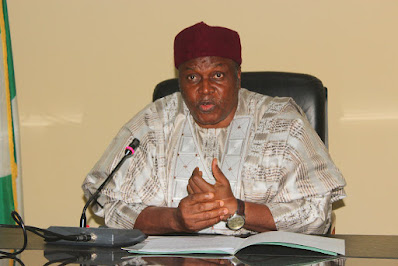 Governor Darius Dickson Ishaku of Taraba State has agreed that former employees of the defunct Nigerian Beverages production company limited will all be paid their entitlements.

The gesture, he said, will reach out to those who have been identified by the committee earlier put in place to screen former workers of the defunct company which is located in Kakara community of Sardauna council of the state.

The governor, who stated this on Friday while receiving the report of the ex-gratia payment of backlog of salaries owed the ex-staff of the Highland Tea, said the company has assisted the state in reducing the high rate of youth unemployment in the state.

Demonstrating his resolve to settle the entitlements of the former workers of the beverages company, the sum of N30 million, he said has been approved by his administration for the payments.

Elated by the reduction in unemployment with the company “in Kakara” he said “our women and youths are gainfully employed.”

Stressing how his decision to create more chiefdom in the state has given each tribe a sense of belonging, he affirmed that “what my administration did to ensure permanent peace on the Mambilla Plateau has brought all the major tribes together.”

Ishaku, who also used the forum warned traditional rulers against arbitrarily sales of lands within their domains, said his administration will not take it lightly with any monarch caught indulging in such an act.

Stressing how the company was revived and repositioned by the incumbent state government, several numbers of unemployed youths whom he believed would have been going about making life cumbersome for the innocent people he said have been engaged by the company.

According to him the company employed a total of 3, 000 indigenes of the state, adding that over 2, 000 farmers in the 27 communities through the company’s out growers’ scheme and distributor nationwide are as well in the payroll of the company.