Governor Ishaku’s Wife on Tackling Abuse Against Women and Children 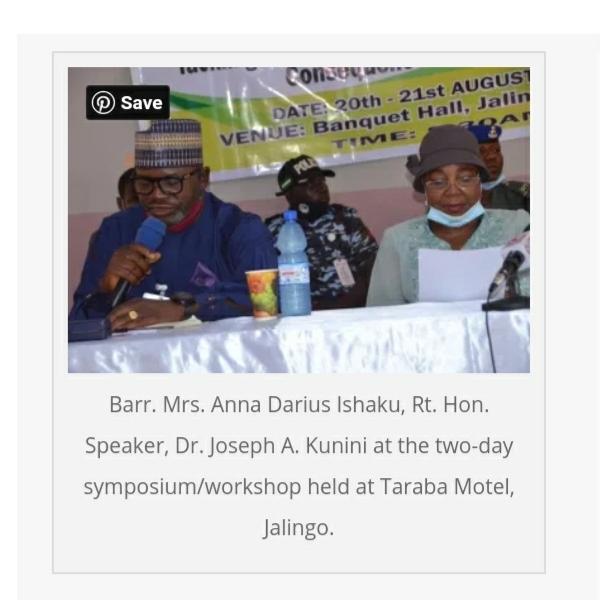 Wife of Taraba Governor, Barr. Mrs. Anna Darius Ishaku has said every human being has a positive role to play on the issue of all forms of abuse on women and children in the state, she stressed the need for all stakeholders, parent and governments to support the fight against gender based violence to make the society healthy.

The Governor’s wife stated this in her remark at the conclusion of a two-day symposium/workshop themed “Tackling the Pandemic of Violence and the Attendant Consequences; Get involved” at Taraba motel, Jalingo.

Anna Ishaku explained that the workshop has provided a platform for participants to make positive contributions on how best all forms of violence can be addressed head on.

On his part, Speaker Taraba State House Assembly, Joseph Albasu Kunini commended the organization of the workshop and looking at the level of violence against women and children in the society, he urged for more collaborative effort to curb the menace.

Joseph Albasu Kunini reiterated the readiness of State House of Assembly to support legislation in instituting stiffer punishments for offenders in the state.

The workshop was attended by security agencies, non-governmental organizations and various ministries in the state.