UMCN Dispute: Bishop accuses Taraba gov of being behind crises 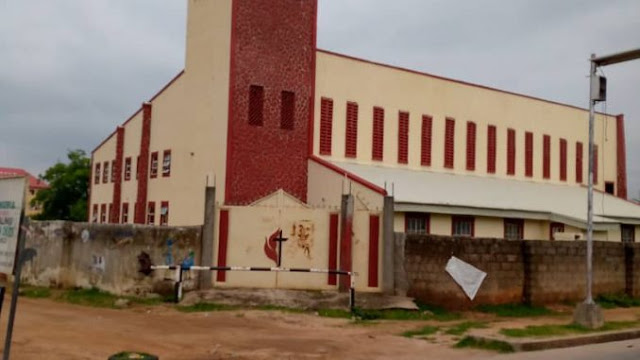 The Resident Bishop of the United Methodist Church of Nigeria, (UMCN) Jalingo, Bishop Johnwesley Yohanna on Monday lamented that it is inhuman to close place of worship for over six years.

Yohanna,​who stated this in Jalingo while briefing newsmen, accused Governor Darius Ishaku of being behind the continued crisis rocking church in Taraba state.

“His refusal​to reopen the church cathedral for six years, and supporting the renegade group of the church was purely a definition of the governor fuelling crisis in the church.

“He has been sponsoring a renegade group led by Rev. Philip Micah Doppah who had left UMCN since 2013.

“But he​ refused to reopen the UMCN cathedral that is the ecclesiastical seat of the bishop that was closed by the previous administration due to internal crisis and is now sponsoring acclaimed members of the UMCN led by Rev Doppah due to tribal sentiment”​ he said.

The senior special adviser to Ishaku on Media and Publicity, Bala Dan-Abu, while reacting said the governor has no interest in the crisis of the church and cannot play a divisive role in the body of Christ.

“Governor Darius Ishaku has no interest what so ever in what is happening in the church. He is a Christian from the family of a prominent clergy in the state so, he can never play a divisive role with the Body of Christ.

“For the Bishop to come out and say that the governor is playing a divisive role is very wrong and unacceptable and we reject that kind of allegation.

“Since Governor Ishaku became the governor of this state, he has ensured that Christians remain united and during his campaign, there was no church that the governor did not visit all in the bid to work with every religious group” he noted.

In his reaction, Rev Doppah described the claims by Bishop Yohanna as baseless, saying his church was not using the United Methodist Church name illegally.