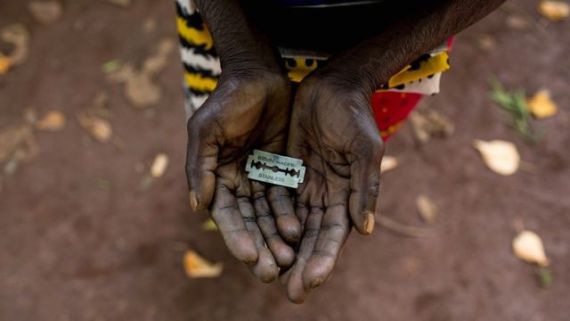 A 39-year-old peasant farmer, Aliyu Umar, whose wife cut-off his genitals in Taraba State, has cried out for help. Umar is seeking the sum of N13 million to travel to India for medical treatment to restore his male organ, from kindhearted Nigerians.

Umar, who is married to two wives, said his senior wife, Halima, out of jealousy, is always in conflict with him and his new wife. He said: “Halima gave me a plastic bottle containing some liquid and asked me to shake the bottle very well and drink all, which I did, not knowing that it was a sleeping drug. “I started feeling sleepy some minutes after I drank the medicine. Thereafter, we both went to bed together and I slept off. “About 3.30 am, I woke up from sleep, and I found myself in a pool of blood on the bed.

I tried to come down from the bed but discovered that my manhood was completely cut-off. My neighbours quickly mobilised for a vehicle and took me to Jalingo. “I spent two days at FMC Jalingo before I was transferred to the Federal Teaching Hospital Gombe, in Gombe State.

“At Gombe, I spent 25 days in the hospital and after thorough examination, the doctors came up with a medical report and said the only way I could regain my manhood is for me to travel to India for a major surgery. “The doctors in their medical report came up with a bill of N13 million as the total cost of surgery and my trip to India. “I am begging individuals, governments and anyone that is torched by my condition to help me in the name of God Almighty.”