2020 flood: NEMA flags off campaign to local communities in Taraba 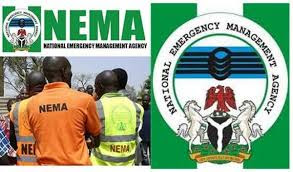 Following NIMET’s publication of flood-prone areas in Nigeria for this year, the National Emergency Management Agency (NEMA) has commenced sensitization of local communities in Taraba against floods.

NEMA Head of Human Resources Development, Yola Operation Office, Alhaji Abubakar Sadiq, disclose this on Friday while speaking to newsmen in Jalingo.
Sadiq, who said that the agency had adopted proactive measures as against response addressing the effects of flood disaster in rural communities, further disclosed that the agency had chosen three local government areas in the state under thepilot  programme.
He listed the council areas as Jalingo, Gassol and Lau, adding that those were local councils closer to River Benue.
He urged the people to keep vigil with early warning signs, saying that ‘prevention is better than cure’.
“We have gone to Namnai community where we interacted with fishermen, farmers and other residents in the area about safety measures and sensitivity to flood alerts. We have decided to be proactive and preventive rather than responsive.
“So we have chosen three local government areas that are basically flood prone which are also close to the river Benue that is the source of flood for Taraba and it’s neighboring states.
“We are calling on the general public to be cautious on safety measures and flood warning alerts,’ He said.
DAILY SUN