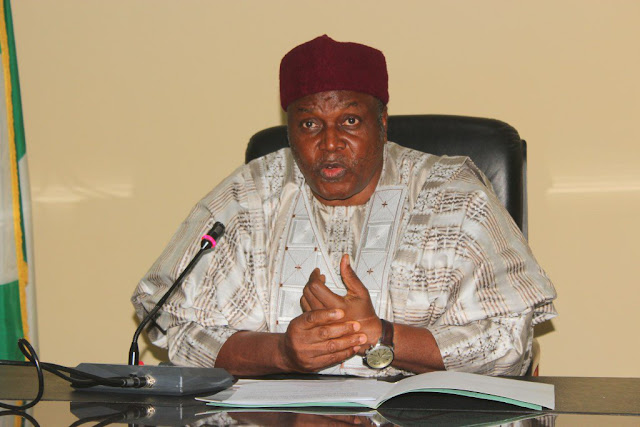 Taraba state governor, Arc Darius Ishaku, Thursday said since its creation 29 years ago the state has been making steady progress in all facets of socio-economic development.

Ishaku, in a statement issued and signed by his senior special adviser on media and publicity, Mr. Bala Dan Abu, said his administration since assumption of office took advantage of the common heritage and the collective aspiration as one united people to create and develop opportunities that have immensely impacted on the people.

The statement stressed that the governor on the occasion of the 29th anniversary of the creation of the state felicitated all Tarabans at home and in the Diaspora for the giant and historic strides witnessed under various administrations since its creation on August 27, 1991.

“Today we have functional educational and health institutions that are meeting the general and specific needs of our people. We have good roads and an airport that have made travels much easier, faster and enjoyable for all of us and our visitors.

A dualised road in Jalingo with a flyover, the first ever in Taraba state, is also being added by my administration.

“Our 700 boreholes in 700 communities in all wards in the state project have profoundly addressed the problem of water scarcity,” the statement said.

The governor said government programmes and policies over those years have significantly improved standard of living for our people.

“The efforts of my administration at boosting food production have been particularly successful in not only making farming a greater attraction to more Tarabans but brought economic prosperity to their doorsteps,” he added.