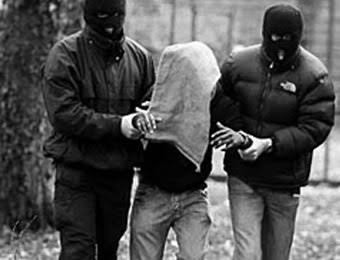 Three farmers were abducted by gunmen, suspected to be kidnappers, while working in their farms.

The incident happened at a farming area along Sabongida-Dananacha in Gassol local government area of Taraba State, Monday.

Three other farmers, including a cripple also working in their farms, narrowly escaped.

One of the farmers who escaped, Mallam Muhammadu Sabongida, told Daily Trust that they were working in their farms at about 8am Monday, when they noticed movement of gunmen coming towards them.

Muhammadu said when they noticed the gunmen approaching them, they abandoned their farming tools and started running, adding that the gunmen also gave them a hot chase.

According to him, they ran for several kilometres inside the bush where they took cover under big trees.

Daily Trust further gathered that three other farmers from the same town, who were working in their farms, were not that lucky.

The farmers, a Tiv, a Fulani and a Hausa man, working separately in their farms, were abducted by the gunmen almost at the same time.

Alhaji Ahmed Habibu, a member of the community, told our reporter that the incident happened along Sabongida-Nanguru road and the victims were abducted at about 8.30am.

He said it was very risky for farmers to go to farms located far away from the town as a result of rampant cases of kidnapping.

Habibu said those terrorising the area were living within the same locality.

He disclosed that during this year’s farming season alone, more than 12 farmers have been abducted in their farms while ransoms were paid for their release.

According to him, the community has reported the matter to security agents but that has not changed anything as kidnappers and bandits still terrorised them at will.

when contacted, spokesperson of Taraba Police command, DSP David Misal, said the incident was not reported to the command.