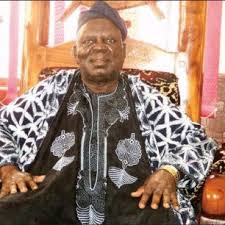 The Aku Uka of Wukari and chairman, Taraba state Council of Traditional Rulers, Dr. Shekarau Angyu Masa’ibi Kuvyon II, has attributed the lingering crisis between the Tiv, Jukun and other neighbouring communities to unresolved boundary adjustment in the state.

Aku, who spoke through the secretary of Wukari traditional council, Bala Hussaini, stated this Monday when he appeared before the Judicial Commission of Enquiry on Tiv and their neighbours, sitting in Jalingo.

The royal father pointed out that over the years, the problem of unresolved boundary demarcation between Taraba and Benue states has been creating series of problems along the border areas.

The Aku Uka also informed the court that since the advent of the present democratic dispensation, there has not been any boundary adjustment by both governments of Benue and Taraba.

“There are instances whereby a Tiv man from Benue state may cross over a Boundary in Taraba state, mount signposts and claim settlement,” he said.

He commended the commission for the task bestowed on them to ensure that peace is restored in Taraba State.

He further stated that his main purpose of coming to the court, was to offer his support, adding that he was in support of the work they are doing and wishes them success.

“All I  want is to see that there is a sustainable peace, not only in my domain, but the entire  state for the development of all,” he said.