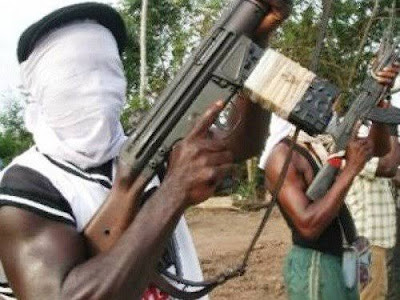 Abductors of 25 youths from Takum Local Government Area of Taraba State have demanded the sum of N52 million ransom as a condition for the release of the victims.

One of the family members of the victims told Daily Trust in a telephone interview Friday morning that the kidnappers have established communication with them and demanding for N2 million ransom for each of the 25 persons.

He said they have reliable information that the abducted youths and their driver were moved into a forest situated between Takum local government in Taraba and Katsina-Ala In Benue States by the kidnappers.

The Police Public Relations Officer of the Taraba Police Command, DSP David Misal, confirmed that the kidnappers have established communication with the relations of the victims.

He appealed to the youths of Takum to be patience, promising that the police were making concerted efforts to secure the release of the kidnapped victims.

Daily Trust reports that unidentified gunmen suspected to be kidnappers abducted 25 Takum youths, who were returning from a wedding ceremony, in Wukari between Chechenji and Kofai Amadu villages on Wednesday.