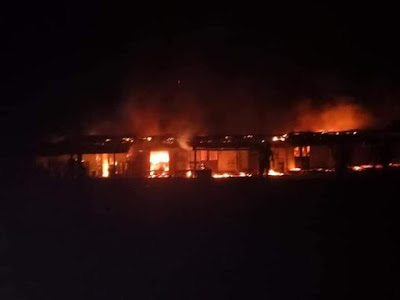 Tragedy struck on Friday, the first of January as two people were confirmed dead and others injured in a car accident while celebrating  the new year in Jalingo, the  Taraba state. Also Shops and buildings were razed down by on fire at New Era Junction of Jalingo, on Thursday night few hours  to enter into the new year.

The fire, eyewitnesses said was caused by supply of high volt of electricity and had reported to the officials of the Ibadan Electricity Distribution Company. 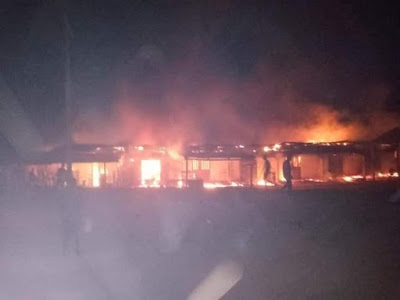 Also community source said another accident happened around 2:00 AM in  the early hours of today, where  the young men who were 5 in numbers driving a Nissan 25 SL toured the “Mobile Link - Shawuya Primary School street” of Jalingo celebrating the new year.

According to our source, the driver was doing ‘car drifting’  as part of the celebration, he did it severally on a tarred road, but his drifting went wrong when he did it along essential drugs road - Shawuya road of Abuja phase one, a suburb of  Jalingo metropolis. Instead of a successful car drifting, the car went out of control and started somersaulting, destroying several culverts and the car was damaged.

The driver died instantly at the scene, and the other person on the front seat was forced out when the car somersaulted because he left the door open while celebrating. While forced out of the car, he collided with a culvert which damaged his head and led to his demise.