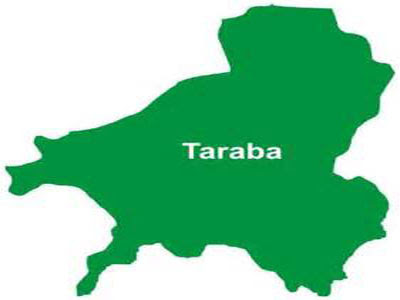 Proceedings at the Justice Christopher Awubra Judicial Panel on Restitution of Victims of Police Brutality and other security agencies in Taraba State has suspended hearing of petitions over paucity of funds.

DAILY POST reports that the activities of the panel ought to end on the 30th of this month. It was, however, abruptly ended on Tuesday following what some members of the commission referred to as “poor funding.”

Though the chairman, while answering questions from media practitioners, said the decision of the panel is to enable them to compile reports that emanated from the various petitions attended to, a statement DAILY POST found to be false.

Funds which includes allowances for the members as well as for the purchase of working tools such as stationery and other miscellaneous, have in the past five months not been provided to the panel.

As at the time of filing this report, anxiety has heightened among petitioners, who have started doubting the possibility of being compensated by the government.

Some of them who spoke to DAILY POST, said they are worried over the government’s inability to meet up with their responsibilities by attending to the plight of the panel.

According to one of them, who pleaded not to be named, the inability of the government to make funds available to the panel to complete their assignments “would no doubt affect our compensation payments too.”
Adding that “since the funds that are due to the commission are not made available to them, I wonder if the amounts that would eventually be assigned as compensations to us (petitioners) would be released by our government. ”

The petitioners are urging the government to, as a matter of urgency, attend to the demands of the panel by paying them their five months allowance, saying: “that is the surest way for us to have confidence that the government would not also sit on the funds that would be assigned to as compensations for the brutality we went through in the hands of security operatives in this state. ”

DAILY POST observed that the panel has so far attended to 28 out of the 34 petitions made available to them by petitioners spread across the state.

Of all the respondents, the Nigeria Security and Civil Defense Corps (NSCDC) as made known by the Secretary of the panel, E.P Eskenah, are the only ones that complied by appearing before the panel.

Unlike the police who are the major respondents, as 26 out of the entire petitions were against them, the Nigerian Army, according to the Secretary, did not appear in the two petitions written against them.