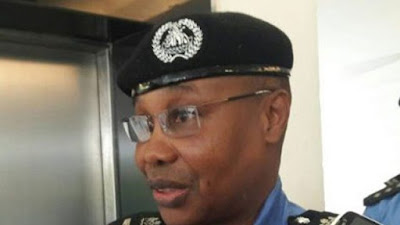 The Senate has urged Acting Inspector-General of Police (I-GP) Usman Alkali and the Police Service Commission (PSC) to investigate the alleged violation of human rights by police in Taraba.

The upper chamber also urged them to investigate the officer, the Commissioner of Police in Taraba, who allegedly authorised the unlawful arrest and detention of 14 residents in the state without bail.

These resolutions were sequel to a Point of Order raised by Sen. Emmanuel Bwacha (PDP-Taraba) at the plenary on Wednesday.

Other resolutions by the senate included the directive on the National Judicial Commission (NJC) in collaboration with their state counterpart to investigate the acting Chief Registrar of Taraba High Court, Bartholomew Kaigama, over judicial abuse.

“Urge the National Judicial Commission in collaboration with their state counterpart to ensure the release of the suspects.”

Raising Orders 42 and 52 of Senate’s Standing Rules, Bwacha, who is the Senate Deputy Minority Leader, raised concerns over continuous abuse of human rights and violation of Nigerian citizens with impunity by some institutions within Taraba.

“These are very visible institutions, individuals in the judiciary and of course in the police.

“The Senate is worried that Nigerians are yet to forget in a hurry the danger that involved this country by our youths, originating from the EndSARS demonstration.

“I am concerned that 14 members of my senatorial district were on April 23, bundled out of their domain and taken to Jalingo, detained in a police cell and all entreaties to get them on bail fell on deaf ears.

According to him, the alleged offence made against them was actually a quarrel between them or an exchange of unpleasant words between them and a younger brother of the state governor.

“It is common knowledge that the Nigerian Constitution demands in a matter of this nature, the suspect shall be charged to court within 24 hours, will be released on bail and can be seen in Sections 35(4) and (5A)of the 1999 Constitution as amended.

“In spite of the bail application served on the police on April 29, that was exactly one week after they had been detained, the police now hurriedly went to see a judicial officer.

“I think the Chief Registrar of the state judiciary or high court, one Bartholomew Kaigama, who issued a warrant of detention without hearing out the accused.

“From the police cell, they were taken straight to prison. This is judicial rascality of a monumental proportion and it is condemnable.

“It is unwarranted and must be investigated and whoever is found trying to drag the name of the judiciary into the mud must be punished accordingly,” he said.

“Unfortunate in the sense that if this is true, it shows clearly that some people are using the privilege of their own power to oppress young people, who perhaps have said something negative.

“These issues that are presented here may require further investigation.

“If this is true, it clearly shows one of the reasons people are opposed to the idea of state police where a governor will have unfettered power to do and undo.

“It shows clearly why the current joint union of the judiciary is definitely striking and asking that there should be autonomy for the judiciary,” he said.

Similarly, Chairman, Senate Committee on Judiciary, Human Rights and Legal Matters Sen. Bamidele Opeyemi, described the situation as yet another report of the manner of impunity that was going on in different parts of the country.

“It is an extremely unfortunate situation. I am in support of the prayers.

“There is a presumption of innocence which is a very important aspect of our law until proven otherwise, every alleged or accused person under our law and under our Criminal Justice System is presumed to be innocent.

“And, for 14 citizens of this country, in Taraba, to have been detained for this long without trying and without the law being allowed to take its due process, I think it is something that is a national embarrassment to all of us.

“We look forward to seeing this matter being investigated as soon as possible,” Opeyemi said.

The resolutions were unanimously adopted after a Voice Vote by the President of the Senate, Ahmad Lawan.