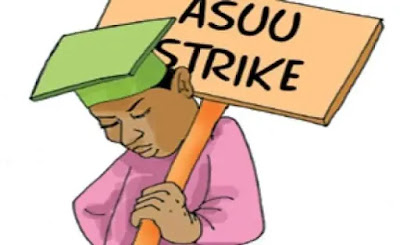 The Taraba State University chapter of the Academic Staff Union of Universities (ASUU) has declared an indefinite strike action to press home their demands.
Naija News reports that the strike was declared just a few days after Governor Darius Ishaku’s administration paid off the four months’ salary arrears owed academic staff of the institution.
Speaking on the strike, the ASUU Chairman, Samuel Shitaa, said the union is striking over the non-availability of the pension scheme, earned academic allowances, perimeter fencing among several others in the institution.
“The outstanding salaries are not the issues in contention, because we are agitating for our rights. One of our issues on the ground is that of the pension scheme, which the institution has no arrangement to that effect,” he said.
“On the issue of earned academic allowances, it has not been attended to since 2013. We mentioned the issue of perimeter fence and they said they have started, but from what we have since no significant progress made so far.
“I want you all to understand that the strike that has been declared is not only the branch that is in control of the strike, this is because the procedure has been followed with the national ASUU stepping in to interact and see progress in terms of commitment, but it has failed,” he added.
While disagreeing with the ASUU Chairman, the Vice-Chancellor of Taraba State University, Vincent Ado-Tenebe, said the union’s demands have been met.
“What they are supposed to say correctly should have been that what they are having is not enough and I can tell you that anywhere in the world, there is no educational institution that will tell that they have 100 per cent of the funding that they require,” he said.
“Having a strike all the time is not the best way to solve our problems. We have funding to a percentage, even though it is not 100%, but to say that the government is insensitive and not doing anything is totally wrong.”
Source: Naija News