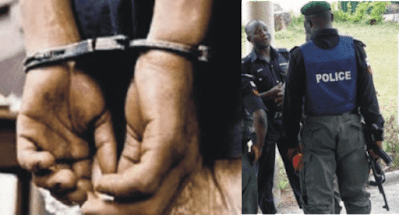 Operatives of the Nigeria Police attached to Operation Puff Adder II have arrested 48 suspects over their involvement in cases of armed robbery, kidnapping, unlawful possession of firearms, cybercrime/financial fraud, among others.

Parading the suspects, Thursday at the office of Special Tactical Squad, Abuja, the Force Public Relations Officer (FPRO), CP Frank Mba, said: “Operatives of the FIB Intelligence Response Team and Special Tactical Squad of the Force attached to the Operation Puff Adder II have arrested 48 criminal suspects, including one female, for their involvement and indictment in cases of armed robbery, kidnapping, unlawful possession of firearms, cybercrime/financial fraud and other heinous crimes in some parts of the country.

“The suspects were apprehended at their various hideouts in Taraba and Plateau states following an intense search by the Police team for the perpetrators of the crime and follow-up on recent spike in Kidnapping/armed robbery in Taraba and the North-central states of the country.