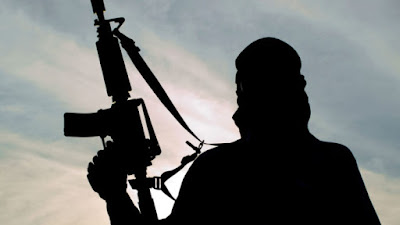 Police in Taraba State have taken the fight against insecurity to a bandits’ hideout, arresting four of them while a suspected ritualist was apprehended elsewhere.

The arrested suspects are part of bandits who have been terrorising some parts of Taraba by kidnapping residents, said a senior police officer, Adenirun Kunle.

Kunle, who is the Deputy Commissioner of Police (DCP) in charge of the Criminal Investigation Department in the state, paraded the suspects on Thursday in Jalingo.

He explained that the suspects were arrested following a thorough and credible intelligence gathering by detectives attached to different Divisional Police Headquarters across the state.

“We have spread our dragnets and we are not in any way relenting; it is quite notable that kidnapping and banditry in recent times have become a menace in the state and the country at large,” the DCP said.

He added, “As a result of the security measures put in place by the state command, notable achievements have been recorded which has hitherto reduced the crime rate in the state.

“On 15/03/2021 at about 08:00hrs, through credible information, a combined team of policemen and vigilante group, led by the Divisional Police officer (DPO) Bali, stormed kidnappers’ hideout along Donga-Takum Road.