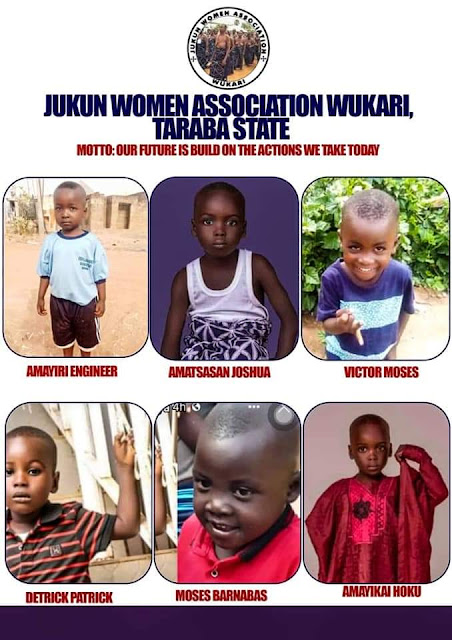 Business activities were on Monday temporarily brought to a standstill in Wukari local government council of Taraba State by the women of the council.

They are protesting the incessant disappearance of children from the various communities that make up the council.

At the time of filing this report, no fewer than eight children are said to be missing from the council.

Moving from street to street demanding for the whereabouts of no fewer than eight children, the angry mothers asked security agencies to investigate the children’s disappearance and bring perpetrators to book.

Speaking during the peaceful rally, Justin Ajifken said in recent times the area has witnessed rampant cases of disappearance of children.

She said, “so far, about eight children have been reported missing and their whereabouts are still unknown”.

The women asked the authorities to immediately address the situation.

The missing children are said to be around six years of age.

When reached for more details, the Council Chairman, Daniel Adi while denying there was no protest in the council, agreed that some children have been declared missing in the past few weeks.

He stressed that security operatives are proactive about the situation and that efforts to crack down on the perpetrators are underway.

A source from the palace of the traditional ruler of the Jukun, who spoke with DAILY POST on telephone, said the protesters were in the palace of Aku-Uka to intimate the monarch on the issue “and to also ask his help.”