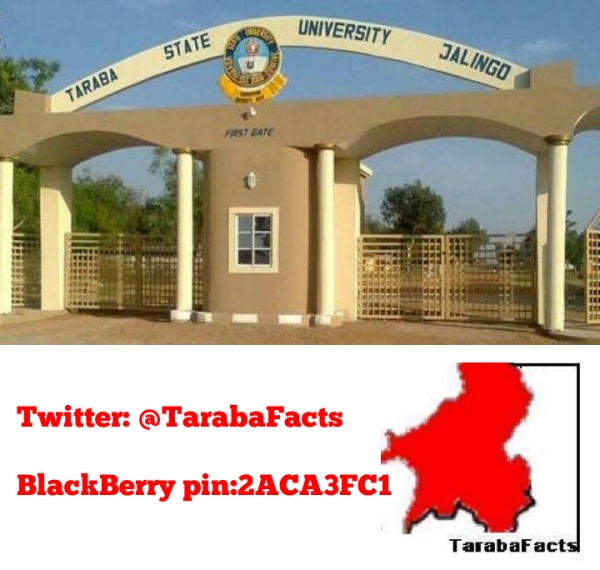 Taraba State University has been described as the fastest growing university in the country and one of the best in the north. This description was made yesterday by the university’s Vice-Chancellor, Prof. Mohammed Sani Yahaya. Yahaya spoke yesterday at the sixth matriculation ceremony of the institution.
He said out of 3, 800 candidates who applied for admission into the institution for the 2014/2015 academic session, only 1, 400 were admitted, which constituted the optimal capacity of the university as approved by the National Universities Commission (NUC).
He said: “At this juncture, permit me to express our deep appreciation to the various stakeholders for the role they have been playing in making us the fastest growing university in Nigeria,” he said.
“Let me also appreciate the hardworking staff of the university, whose commitment, diligence and dedication, have made us to be one of the best universities in northern Nigeria.”