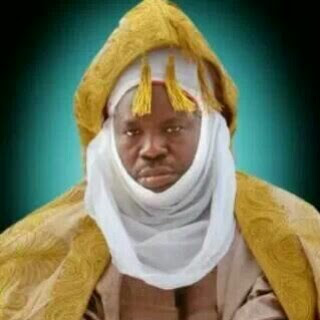 The Leadership of Fulani herders in Taraba have pledged to weed out criminal elements among them within five months.

The leadership of the herders comprised Ardos and Fulani community leaders drawn from 14 out the 16 local government areas of the state.

They told the Emir of Muri, Alhaji Abbas Tafida, on Monday at his palace in Jalingo that the decision was reached following series of meetings they held to review the challenges confronting them.

The herders, Led by the State Chairman of Miyetti Allah Cattle Breeders Association, Alhaji Sahabi Mahmud, pleaded with the Emir to accept their pledge, undertaking that all the criminal elements amongst them would be identified and flushed out within five months in order to bring the desired peace to the state.

The News Agency of Nigeria (NAN) reports that the Miyetti Allah Chairman read out the pledge which was contained in a communique issued after a stakeholders’ meeting that lasted for several hours.

The meeting was attended by the harders and their Ardos and Jauros across the state as well as the Security Adviser to Gov. Darius Ishaku, rtd Col. Angyo Agbu.

According to the communique, the herdsmen and their leaders have agreed to weed out criminals among them within the next five months and report back to the Emir on the successes and challenges they might record within the period.

The communique read in part: “Those who repent would be documented, while those that refused to repent and stop kidnapping and other crimes would equally be handed over to security agents to face the appropriate laws of the land.

“We have agreed not to harbour criminals even if they are our biological children and we have sworn to an oath to expose their sponsors no matter their standing in the society,” the communique further said.

The harders maintained that the task of carrying out the assignment was very huge but absolutely necessary in order to sanitise the Fulani herdsmen and restore their damaged image caused by criminal activities of a few of them.

In his response, the Emir of Muri, Alhaji Abbas Tafida, said the marching orders he gave during recent Eid-el-Kabir celebrations was targeted at criminal elements among the herdsmen.

Tafida said it became necessary for him to issue such orders in view of the increasing rate of kidnapping being committed by suspected Fulani herdsmen.

He said as a leader who stood firmly on the side of the truth and honesty, he would never allow injustice among his subjects.

He lamented that the image of the Fulani as a race was endangered by the criminal activities of a few among them whom he alleged were involved in kidnapping and other criminals activities.

He said that he should not be misunderstood in his comments, adding that it was intended to sanitise the conduct of Fulani herdsmen who are his kinsmen.

“As you know the Fulani have continued to be proud of the scholarship of leaders like Shehu Usman Danfodio and Sultan Muhammadu Bello who reformed and spread Islam and ensured justice for all in Northern Nigeria but the integrity of the Fulani as moulded by these past leaders was fast fading away because of the activities of the criminal elements, ” the emir further lamented.

He also cited Modibbo Buba Yero, the founder of the Muri Emirate, as an exemplary leader of Fulani that fought injustice.

“Those were role models of the Fulani who never associated themselves with shame and who distanced their ethnic groups from crime and criminality,” he said.

Tafida wondered how the Fulani race was today degenerating abysmally and was fast becoming a reference point in crime and criminality.

“There is no limit to the steps a father can take to correct the bad behaviour of his children,” he said.

He commended the leadership of the Fulani for taking the bold steps to weed out criminals amongst them and directed that a list of those that repented and those that refused to repent be submitted to him when the sorting out task was completed.

NAN recalls that the Emir had during the last Sallah celebration directed all herdsmen living in his domain to fish out all criminal elements in their midst or face eviction.