Suspected kidnappers gunned down in Taraba while collecting ransom 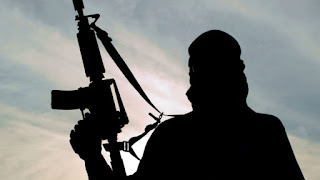 Two suspected kidnappers have been gunned down while collecting ransom in Sabongida town in Gassol Local Government Area of Taraba State.

DAILY POST gathered that the suspects were shot dead by a local vigilante who accompanied a family member of the victim, identified as Alhaji Gambo, to where the ransom was to be paid.

It was learned that the suspects, prior to the incident had instructed the family not to involve security agencies.

However, unknown to the kidnappers who were well-armed, the vigilantes swooped on them, gunning them down and rescuing the victim, who, according to reports, is an elderly man.

The state’s Police Public Relations Officer, PPRO, ASP Abdullahi Usman, could not be reached as at press time. He did take his calls, neither did he respond to text messages forwarded to him.