The aim of higher institutions is to provide an environment for research and learning as well promoting good conduct and morals. Sadly, Taraba State Polytechnic has become an epicentre of ethnic crisis and violent conflicts between Jukun and Kuteb ethnic groups, JOHN MKON writes 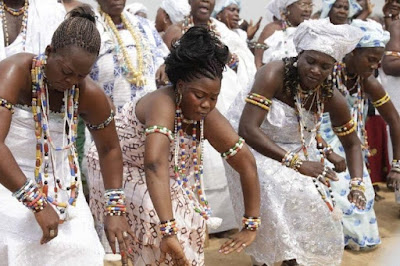 A few words of welcome on Taraba State Polytechnic’s official site states that “law and order must be maintained to create a conducive atmosphere for academic success and progress.”

The institution management also maintained that it is the polytechnic’s responsibility not only to educate students but to guide their personal development into useful citizens, adding that knowledge has meaning only if it enables its possessors to live a fuller life which must include behavior responsibility to self and society.

However, amidst the upsurge of ethnic clashes in the institution all hands must be on deck to checkmate the scourge to achieve the institution’s objectives which include “to provide full-time courses of instructions and training in technology, science, commerce, humanities and such other fields of learning relevant to the needs of the community as the council may determine from time to time, and also provide courses of In-service training, workshops and seminars for members of the public and private sectors.”

The citadel of learning has so far graduated students for over 28 years. However, the state polytechnic which ought to be a model for aspiring students within and beyond the state has been accused of allegedly cohabiting and shielding characters involved in cultural thuggery and communal misconduct.

Basically, the Jukun (Njikum) are traditionally located in Taraba, Benue, Nasarawa, Plateau, Adamawa, and Gombe States in Nigeria and parts of northwestern Cameroon. They are descendants of the people of Kwararafa. Most of the tribes in the north-central of Nigeria trace their origin to the Jukun people and are related in one way or the other to the Jukuns.

However, prior to the clash on the matriculation day, students were seen in a joyful mood with their matriculation gown, while the venue presented a semblance of both a formal and a village or market square where dance troupes perform and entertain guests.

While many of the students and dignitaries had arrived and the ceremony began, the cultural troupes who were predominantly students had designated canopies where they and their entourage were housed.

At the appointed time, the troupes were expected to file out to showcase their cultural heritage.

Present to grace the occasion were the state commissioner for tertiary Institutions Hon. Edwards Baraya, the former Nigerian Ambassador to Trinidad and Tobago John Musa, the rector of the Polytechnic Ayuba Ibrahim, lecturers, parents and other notable personalities including prospective students.

At the matriculation ceremony, each of the participating dance groups was expected to showcase dexterity with scintillating dance steps that are better beheld than imagined, however, such did not happen as the event turned bloody.

“Sadly, it ended with a free for all,” said a student Mustapha Salisu.

Salisu said it all started when all dignitaries including students were seated and were set to be entertained by the cultural troupes.

He said both warring parties claim that the first attack which resulted in the crisis was triggered by the opposing side.

He said, “The Jukun cultural group who had a long procession from the uncompleted overhead bridge from the Jalingo town into the school were also set and prepared to be ushered into the dancing arena by the master of the ceremony as well as the Kuteb cultural group before the chaos started.”

LEADERSHIP Weekend gathered that the two cultural groups were preparing to entertain the guest when an argument ensued between the two student groups, adding that a student from the Jukun cultural group in anger attacked the Kuteb student.

A student of the institution Amina Abdullahi (not real name) said the Jukun student who was holding a big stick as part of their culture display used it to attack the Kuteb student.

She said, “We were prepared and waiting for the MC to call us for our display to entertain the guests, however, two students, one who was from the Kuteb and another from Jukum side engaged in a serious argument. In the blink of an eye, the Jukum student who was holding a big stick as a sign of culture descended on the Kuteb student.

“He hit him continuously, and the Kuteb student fell, the school security quickly rushed and arrested the Jukun student at the spot.

Ibrahim lamented that the clash led to the disruption of the matriculation on Saturday 31st of July 2021.

The rector also vowed that the students who were involved in the clash must be brought to book to face the necessary disciplinary actions according to the laws of the institution irrespective of their status.

He sued for calm among the students and warned that whoever engages in any form of reprisal attack would be dealt with accordingly.

He told our correspondent that he and his executive members have so far engaged the students at all the departments in the school to stop further occurrence.

Dauda was also confident that the school management would do all its best to restore peace and unity among the students.

However, though both the newly matriculated students and the old students of the institution who spoke to our correspondent expressed fear over the frequent occurrences of thuggery and cultural clashes in the institution without decisive actions by the school management.

Speaking with LEADERSHIP Weekend John Marshall said recently a student of the institution invited some youths outside the polytechnic and attacked a 200-level student within the school premises.

According to him, “Recently, a student had an issue with another one, he claims to have come from a tribe that has been in conflict with the other in the village, he then invited some thugs outside the school. The thugs came to the school beat the other student and injured him.

“We have been waiting to hear from the school management if the erring student will be punished, is almost two years, and nothing has happened and he is still moving around freely on the campus.

“The institution’s authority must change its approach to tackle these clashes or else it might lead to a serious mayhem in the campus community.”

A new student, Dooshima Daniels while speaking with our correspondent express fear over the disruption of the matriculation, regretting why she chooses to seek admission in the institution.

Daniels said, “How can I explain to my parents that I was not matriculated formerly and freely within school premises.

“If the dignitaries were seated and the thugs were not afraid to attack themselves, what more of it is in the midst of only students, am still thinking of the what to do, I may apply for transfer of school.”

A petty trader, Maimuma Bello said they are always at the receiving end during the clashes.

Bello, who stated that her wares and bottled drinks are often carted away and used during the clashes in the school premises pleaded with the school management to do more to avert and forestall further occurrences.

Another petty trader who speaks on the condition of anonymity due to fear of being victimized who sells soft drinks and also gives some of her products to other vendors to help her sell within the school premises said that during the recent clash between Jukun and Kuteb students she incurred N17,000 loss.

She noted that a full container load of her soft drinks and sachet water was destroyed by some youths who were agitating for the arrest of the student who attacked the Kuteb student.

Checks revealed that although the student who attacks and injured the Kuteb student was arrested at the spot, he was released while the injured student was admitted at the Federal Medical Center Jalingo.