The Threats To Civil Servants And Local Government Fund In Taraba State. 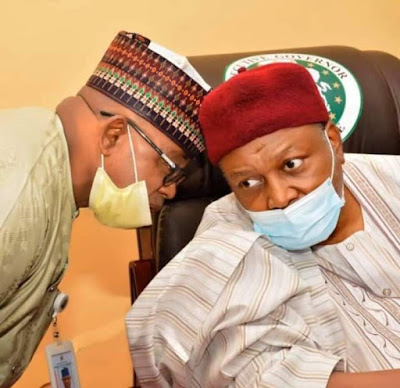 We, the undersigned have watched the recent deterioration of Taraba state administration under Ach. Darius Dickson Ishaku with growing alarm. Specifically, we have watched with, deep concern as he keeps retaining selected civil servants whom their years of service is due, which we consider such act as radical changes to our known civil service procedures, revealing his unproven and intentional destructive intentions in Taraba state.

Your excellency Ach. Darius Dickson Ishaku, these initiatives of your agenda which are negatively transforming several sectors in the state does not longer meet the minimum conditions for a true democratic system, hence, we are now at risk, and it is not just our venerated institutions and norms that are at risk, but our future national standing, strength, and ability to compete globally.

Permit us to deal with few of your strategic games of looting the state treasury by retaining your foot soldiers among others like;
Mr Audu Chindo the permanent secretary government house Jalingo, who was due for retirement but you extended his tenure on contract base on your shady deals.
Secondly, Bello Yero of Bureau for local government and chieftaincy affair will be officially due for retirement by next month September 2021 and signals are all round that you will like to retain him too.
This is a man who has bankrupt the local government treasury, but to our dismay he has being lieing to you that salaries under him are up to date, while;
Local government staff are presently owing seven months,
Local government education are presently owing five months,
Traditional institution salaries is not up to date,
The ten percent meant for local government service commission, and the percentage for local government pension board, and percentage meant for other state organs are nowhere to be found.

Civil servants today are in agony, losing their beloved once to the cold hands of death reason being that your Bello Yero is mismanaging the funds.

To this end, as it stands now, the most effective remedy to this anti-civil service rule is NO! to your planned retaining of Bello Yero. The ill done by this pharoh to our local government administration is enough, or else we will be push to prove to the world facts behind this written piece, starting from;

(i) The reasons why Bello Yero was invited to EFCC alongside his financial PA the Yoruba guy, officers in the Bureau, the present state of the case and the potential out come, not forgetting your involvement and steps to intervene.

(ii) Where is your PA Damilare Lawal currently, who Bello Yero kept mentioning his name at the EFCC, is he a civil servant in Taraba state?

(iii) Bello Yero testimonies in the EFCC has being that all his financial activities is with your approval, and any attempt of extending his tenure to the detriment of our poor civil servants, automatically links to these testimonies of your consent.

Many qualified civil servants are also waiting to serve as permanent secretary and they will also not hesitate to caution the state NLC to embark on a strike action due to such unnecessary civil service extension and infringing their civil rights.
Because we doubt if truly you have an idea that when democracy breaks down in a government it typically takes many years, often decades, to reverse the downward spiral. The democracy in Taraba state is fundamentally at stake, let history and your conscience judge all you do at the moment.
By...
Abdulaziz Usman
Joel Hussein