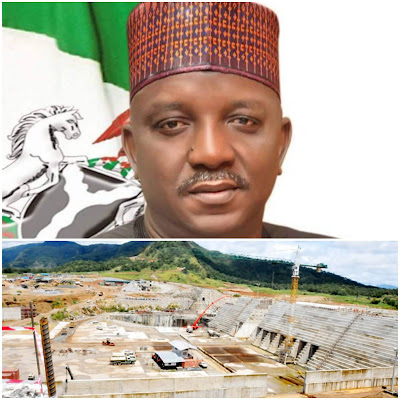 Our attention has been repeatedly drawn to a so-called Punch Investigative report on a purported directive by the Presidency to settle an arbitration with Sunrise, the company previously awarded the contract for the Mambilla Power project.

The report was neither initiated from the Ministry of Power, nor did the Minister of Power authorise a statement to be issued to such effect. At best, the story was either sponsored or a deliberate fabrication to achieve a preconceived goal, because the Ministry had nothing to gain from issuing such statement.

Before the mischievous report, the Punch Correspondent covering the power sector had called to confirm “information” that the Federal Government had authorised the payment, but was duly informed that we were not aware of such directive, only to come out with a lengthy report, attributing the story to ” a source” and in the same report unethically quoting the Special Assistant on Media to the Hon. Minister for Power. Within ten minutes of the discussion with the Punch Reporter, the S.A received calls from two other Reporters referring to a Punch Report and requesting a formal statement on the purported payment directive, which was pointedly refuted. No statement was issued and no other medium carried the report except The Cable, an online publication, which admitted upon enquiry that, they lifted their report from Punch.

Only God knows what interests or objectives the Punch Newspaper wanted to serve but it was quite obvious that they intended to report their “privileged information” and the telephone call to the S. A Media, was only meant to legitimise it.

The Hon. Minister for Power Engr. Sale Mamman fnse, remains focused on his mandate of delivering adequate power to all Nigerians and is ready to collaborate peacefully with all stakeholders in the power sector value chain for optimum results.