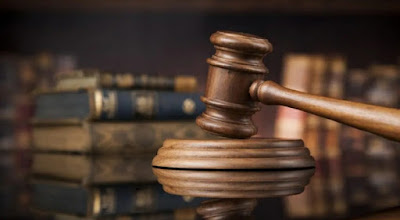 A suit challenging the composition of the panel of investigations into the Tiv-Jukun crisis in Taraba State was Thursday adjourned indefinitely.

The suit was adjourned by Justice Ahmed Mohammed of the Federal High Court in Abuja.

The Incorporated Trustees of Mzough U Tiv and five others had gone to court challenging the constitution of the probe panel into the tribal clashes in Taraba State.

The indefinite adjournment followed an application to that effect by counsel to the plaintiffs, Chief Sebastine Hon (SAN), who informed the court that a letter seeking the transfer of the case to the Jalingo division of the court has been written to the Chief Judge of the Federal High Court, Justice John Tsoho.

Hon then prayed the court to adjourn the case indefinitely to await the decision of the Chief Judge on the request for the transfer of the case to Jalingo.

While ruling on the application, Justice Mohammed said, “In view of the fact that non of the defendants opposed to the application for indefinite adjournment, it is my humble view that the court should tarry a while to await the decision of the Chief Judge on the request for the transfer of the case to the Jalingo division of the Federal High Court.

“This case is hereby adjourned sine-die (indefinitely) pending the decision of the Chief Judge,” the court ruled.

The court had earlier ordered the Governor of Taraba State, Darius Ishaku, a former Justice of the Supreme Court, Justice Kumai Aka’ahs (Rtd) and heads of security agencies in the country, to appear in court in respect of the ethnic clashes in Taraba State and to show cause why they should not be restrained from continuing with investigations into the Tiv/Jukun crisis in Taraba State.

The Taraba State governor and the state, represented by Abdul Ibrahim (SAN) had filed a Notice of Preliminary Objection against the suit, challenging the jurisdiction of the court on the grounds that the suit ought to be heard in Taraba State.

The applicants who sued on behalf of themselves and the Tiv people, including those of Taraba State, prayed the court for an interim injunction restraining the 4th to 12th respondents (chairman, members, secretary and counsel of the panel) from, “taking any further step pursuant to the instrument constituting them as such Commission of Inquiry, pending the determination of the Motion on Notice for Interlocutory Injunction.”

They also prayed the court for an interim injunction restraining the 13th to 19th respondents; Chiefs of Defence, Army, Air and Naval Staffs; IG; DG, DSS; Commandant, NSCDC, “from continuing to aid and abet the forceful removal of the applicants and their tribesmen from their ancestral homes and other places of residence in Taraba State, pending the determination of the Motion on Notice for Interlocutory Injunction.”