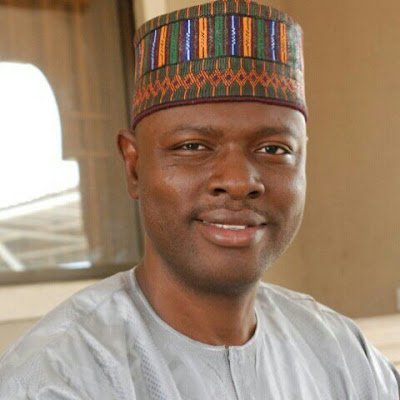 The joy of no fewer than 400 women and youths know no bound in Taraba state as they were taken out of the unemployed market by the Chief of Staff to the Deputy Speaker of the House of Representatives Aminu Ibrahim Malle.

Malle who was the former member representing Jalingo, Yorro and Zing constituency at the lower chamber of the National Assemble , as observed by Scannews in Jalingo, the state capital doled out empowerment tools worth millions of Naira to women and youths in the state

The beneficiaries whom before now were as well trained by Malle in various skills acquisitions which includes tailoring , barbing , hair dressing , catering among others, were observed to have been drawn from the three local government council that made up the constituency.

Empowerment implements observed to have been doled out to them by the member who stressed the need for well to do individuals or group to come to the aides of both women and youth and ceased from living everything for the government, are sewing machines, supper power clippers, generators , hair dressing equipments etc.

The beneficiaries who could not hide their feelings were observed to have not only rolled out drums of various sizes and shapes but also engaged in various dancing steps in appreciation to the olive branches extended to them which they believed would not only make them to be self reliance but also employers of labour.

speaking through one of his aides, Malle said the gesture was geared towards reducing unemployment rate in the state adding that this is to ” take our people out of the unemployed market and make them to be self reliance, ”

Stressing his determination to work round the clock in contributing his quota to the reduction of poverty in the state, plans, as as made known by him , have as well been fashioned out to train more youths and women in various skills.

This as stated by him “is part of my contribution towards eradicating poverty in our state and I believed that these items would go a long way to make them self reliance as well as making them employers of labour because they were all trained in various skills.

stressing that the exercise was organised in order to eradicate poverty among the youths and women
he admonished the beneficiaries not to sell the items as the aim of the empowerment programme is to make them self reliant and not to depend on government .
Elated by the hand of friendship extended to women and youths in the state by the former member, the All Progressive Congress (APC) Vice Chairman Northern zone, Solomon Jadana , urged the beneficiaries to utilize the items given to them in other to assist their family members and to be self reliance
END