No feud between me and Governor Ishaku, Taraba Speaker clarifies 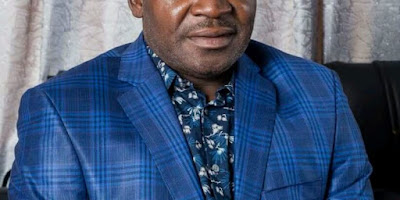 The Speaker of the Taraba State House of Assembly, Dr Joseph Albasu Kunini, has described as a blatant lie from the rumours making the rounds that there was a physical altercation between him and the state Governor Darius Ishaku, in Abuja, recently.

The Speaker who made the clarification on Wednesday, at the plenary of the State House of Assembly wondered why the peddlers of the rumour would mischievously concoct such lie just to abuse the minds of the people about the existing cordial relationship between the Executive and the Legislature in the State.

According to Kunini, there was no iota of truth in the said rumour, as he was in Abuja recently to celebrate with the Governor and his entire family on the wedding of his son and the entire House of Assembly has been enjoying a very cordial relationship with the Executive Governor over the years.

The Speaker urged the public to disregard the said rumour and warned that the House would not hesitate to deal decisively with the peddlers and perpetrators of such mischief in the State which has been enjoying relative peace.

“I want to categorically state that this House has been enjoying a cordial relationship with the Executive Governor, Arc Darius Dickson Ishaku. The rumour is a blatant lie. No feud between the Speaker and His Excellency,” he explained.

He further pledged that the House would remain focused in the discharge of its constitutional responsibilities and would not be detracted by the agents of discord among the people in the State.

Daily Sun reports that the social media was recently awash with information that the Speaker and the State Governor had some misunderstanding in Abuja recently without disclosing the cause of the crisis and the extent to which it went.