REBUTTAL TO THE PRESS RELEASE CAPTIONED “LET US CORRECT THE INJUSTICE IN JALINGO” BY A MUMUYE GROUP IN JALINGO LOCAL GOVERNMENT AREA. 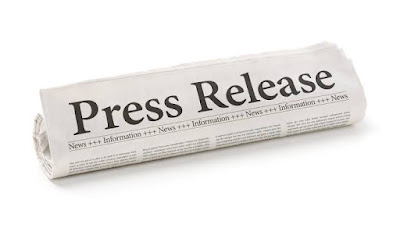 Gentlemen of the press,

We bring you brotherly greetings!

Our attention is once again drawn to a press release dated 23rd October, 2020 by a group of recalcitrant few individuals of the Mumuye extraction, who are under the illusion that they are speaking the minds of majority of the peace loving Mumuye people living in Jalingo Local Government Area of Taraba State.

The group, in what has become a recurring attitude of whipping up emotions so as to mislead and attract sympathy from the general public, made some horrendous allegations against their host community (the Jukun Kona), among which the claimed to have been the victims of continuous injustices and marginalization within the geographical area called Jalingo.

In their usual manner of feeding the general public with falsehood, the group concocted history and claimed that, by the 5th century, they had already settled in Jalingo and from that time, never had contact with any other group until the 3rd quarter of the 19th century when they came in contact with the Jukun Kona whom they maintained, were the first non-Mumuye group to join them.

The above assertion is not only unthinkable, but utterly ridiculous, to say the least. If one may ask, what is the group’s understanding of the term ‘century’ which they ignorantly referred to as the Stone Age? Does the group know the interval between 5th and 19th century, which they claimed was the period between their stay and that of the first non-Mumuye group that joined them? For the sake of knowledge and genuine service to humanity, we advise that Ezekiel Y. Shotin and his group of degenerate and nauseously unteachable cronies go back to class, learn the rudiments of historical dating and get their facts right so as to stop misleading the general public, especially the gullible youths among them who are beginning to buy into the falsehood being peddled around.

Having freely offered them these pieces of advice, we consider it insulting for this group of dimwits to come up with such baseless presentation concerning the migration trend of the Kona people. This is so because going by the presentations of reputable historical texts authored by the Europeans and indigineous historians, it is unarguable that the Jukun Kona were the first to settle in the lowlands of Jalingo before any other tribal group stepped their feet in the area.

Again, displaying their acutely malnourished knowledge of history, the group maintained that while Shavo was a Village Area under the Headship of late Kpanti Sanya Tippi, Kona was a District from 1896-1936 under the leadership of late Kuru Baya. It is on this basis that they are questioning why would Shavo remain at the level of Village Area for years when Kona District has been elevated to a Second Class Chiefdom. For their information, Shavo was never a recognized Village Area under any Chiefdom, but a community of Mumuye speaking people whose leaders (traditional religious Chief Priests) were appointed and installed by the Kuru Kona for the purpose of devolution of administrative responsibilities. When installed, the priests who were more of vassals as well as their people were obligated to be totally submissive to the authority and leadership of the Kuru Kona. It is therefore, pertinent at this point for the group to be reminded that, prior to 1936 even Yorro, their ancestral home was a Village Area under the jurisdiction and control of Kuru Kona.

In what we consider as insult to the collective intelligence of Kona people, the group claimed that we agitated for the upgrade of our chiefdom without seeking their opinion. The question here is: Why would a sovereign nation like the Jukun Kona seek the opinion of their subordinates before fighting for a just cause? And what would they have done if their opinions were to be sought considering the fact that they are only but vassals enjoying the hospitality of their host community?

Moreover, the demand for the upgrade of our Chiefdom was in the public domain and not shrouded in secrecy. Where were the Mumuye group or their representatives at the Taraba State House of Assembly when our submission was being scrutinized and subjected to constitutionally acceptable legislative procedures? One would have expected that any right thinking person or group who truly wished to identify with the Chiefdom should have leveraged on the opportunity to make their case known, but reverse was the case with the egg-headed complainants.

In case Ezekiel and his cronies do not know, efforts had been made in the past by concerned Kona and Mumuye sons to create a community of people who are united by a common goal. This led to the formation of inter-tribal socio-cultural group known as Kona-Mumuye Association (KOMU). While the association was recording appreciable progress in charting a common front for