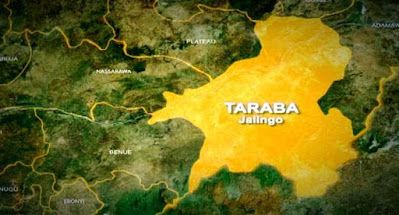 The judicial panel of inquiry and restitution for victims of police brutality set up by Taraba Government has received 11 petitions from the public.

Chairman of the panel, Justice Christopher Awubra, stated  this at the inaugural meeting of the panel on Jalingo, yesterday.

Awubra assured that the panel would treat testimonies by witnesses with utmost confidentiality, while the safety of those testifying before the panel would be guaranteed.

He urged the public to come forward with complaints and petitions with the assurance that at the end of the day, justice would be served.

“ We had some logistic issues that delayed our take off, but they have now been addressed.

“Let me assure you that the lives of those coming to testify at this Commission will be sufficiently protected as the panel will not operate or allow impunity or intimidation of anyone testifying here.

“Complaints, petitions, memoranda from the public are welcome. We have commenced sittings and we have pledged to look at issues objectively and to pursue justice with every iota of sincerity. If you have any issue that needs to be heard, we are here for you and we would take it up with the assurance that you will get redress,” Awubra said.

The chairman said that because of the difficult geographical landscape of the state, the commission might consider having sittings at some of the remote areas.

Awubra said this was to avail the people who ordinarily might not be able to make it to the state capital an opportunity to present their complaints.

He advised the people to submit their petitions in 10 copies with 1.5 line spacing within 10 days from Monday.