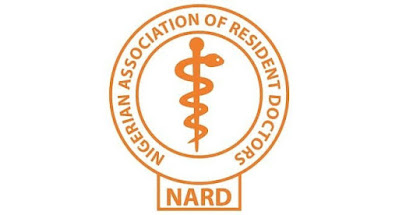 The Association of Resident Doctors (ARD) in Taraba State have embarked on an indefinite strike action to press home their demands.

ARD President, Ahmed Gabriel, who disclosed this to journalists in Taraba on Friday blamed the decision on the alleged inability of the state government honouring its part of the agreement.

He lamented that medical personnel have been exposed to the COVID-19 pandemic, adding that the total number of resident doctors in the state is not up to 90.

Others were insecurity as they lament the kidnap and killing of their colleagues, non-ensuring of pay parity among doctors and medical internship training.

“Currently the number of Doctors who are in Taraba State is actually less than ninety. The Taraba State Specialist hospital created 13 years ago has 19 permanent Doctors and Doctors on contract are 18 in number.

“You cannot build a system or run a viable system with this kind of arrangement and no internship training for medical interns, both nurses and medical laboratory unlike what is experienced in sister states.

While recalling that Taraba has not recorded any fatality since the outbreak of the virus, he attributed the feat to what he described as the resilience of the health workers within the state.

He regretted that the state government has not honoured its agreement by paying the COVID-19 inducement allowance for health care workers.

“Majority of the doctors employed are young and there is a high tendency that they will leave and we want the government to look into that quickly.

“Within the state, we have more than 25 health workers that were exposed to COVID-19 pandemic and we demand implementation of the MOU entered into with the government,” he added.

This is coming more three months after the association signed a Memorandum of Understanding with the state government to meet some of its pressing demands.