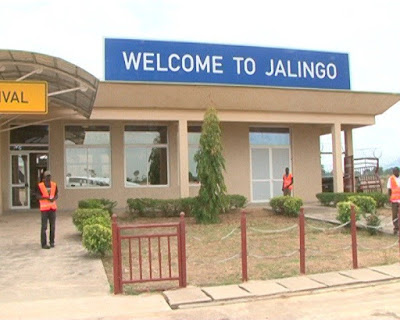 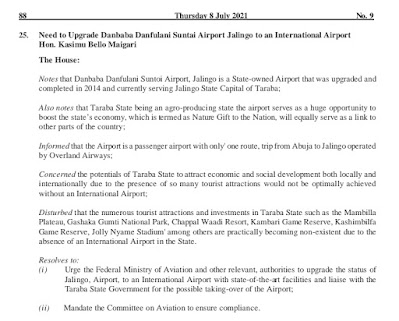 Notes that Danbaba Danfulani Suntoi Airport, Jalingo is a State-owned Airport that was upgraded and completed in 2014 and currently serving Jalingo State Capital of Taraba; 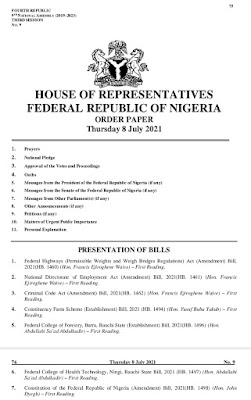 boost the state 's economy, which is termed as Nature Gift to the Nation, will equally serve as a link to

other parts of the country:

Informed that the Airport is a passenger airport with only' one route, trip from Abuja to Jalingo operated

without an International Airport.

Game Reserve, Jolly Nyame Stadium' among others are practically becoming non-existent due to the

absence of an International Airport in the State.

(i) Urge the Federal Ministry of Aviation and other relevant, authorities to upgrade the status of

Jalingo, Airport, to an International Airport with state-of-the-at facilities and liaise with the

Taraba State Government for the possible taking-over of the Airport

(ii) Mandate the Committee on Aviation to ensure compliance.