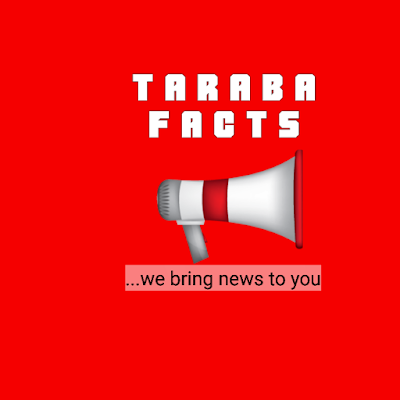 Officials distributing the items are allegedly diverting them to the black market, with the connivance of some politicians.

Farmers in Taraba State are accusing politicians and officials of the state ministry of agriculture and natural resources of diversion of farm inputs provided by the state government for distribution to farmers.
But the state The government has said it was monitoring the process and has not noticed any malpractice.

As part of the state government’s efforts to boost production in the sector, Governor Darius Ishaku approved the release of N200 million for the procurement of farm inputs, including seeds and chemicals.

However, the officials distributing the items are allegedly diverting them to the black market with the connivance of some politicians.

The governor had directed that the items be distributed to the farmers free, with special consideration to areas affected by ethnic crises.
But despite the directive, officials of the ministry of agriculture and natural resources and the politicians have diverted the commodity to the black market where a kit is sold at between N12,000 and N13,000.

According to an insider, the initiative is “a complete failure as those targeted end up buying the products instead.

“The pattern of distribution is faulty. No individual farmer accessed the items directly. Representatives of the state Assembly, state executive council and religious bodies collected them on behalf of the farmers.”

The source, who declined to be named for fear of victimisation, said the items were given to the politicians and religious leaders to deliver them to farmers in their constituencies but they ended up diverting them.

“Some politicians, religious leaders and staff of the ministry, who are vested with the responsibility of ensuring effective and transparent distribution of the commodities to real farmers, have hijacked the benefits. They either resell or give them to their close allies who in turn sell to the farmers at high rates.

“And since there is no data to track the records as to how many farmers accessed the items, it is very easy to divert them.”

However, when contacted for his comment, the state commissioner of agriculture and natural resources, David Kassa, described the allegation as “untrue”.

“So far, we have not received any report of diversion and if you are aware of any case, please let me know,” he said to our reporter.

Mr Kassa said the government awarded the contract for the procurement of farm inputs, which include Soya beans, maize, rice and herbicides, to a contractor at the sum of N220 million.

He said the items, which came in a kit of four-in-one, were delivered to the ministry by the contractor and distributed, based on the governor’s directive.

He said the governor had directed that the items be distributed to farmers across the state through divisional agricultural officers and be monitored by stakeholders, with special priority to areas affected by crises like Sekondi, Bandawa, Takum and Gassol.

He said so far all these areas and all the local government areas in the Southern part of the state have received the kits.

“Though we are already behind schedule, we have already distributed the seeds to Karim Lamido, Wukari, Ibi, Takum, Gassol and many other places. You can confirm from those areas.”

ADVERTISEMENT
He, however, acknowledged that institutions like members of the state executive council, state assembly and religious groups like the Christian Association of Nigeria (CAN) and the Muslim council were also considered.

Asked about the the mechanism put in place to ensure the items reach the target beneficiaries, the commissioner said, “We asked them to give us lists and phone numbers of all those that benefited. That is the basic information.”

Mr Kassa said apart from requesting the information, traditional rulers and officials of the local government areas under the direct supervision of the chairpersons are also involved in the distribution process.

Asked about the delay in the distribution of fertiliser for this year’s farming season in the state, the commissioner said the removal of fertilizer subsidy and the high cost of the foreign exchange resulted in scarcity and price hike of the commodity.

He said out of the 100 trucks ordered by the state government, fewer than five trucks were received.

“We ordered for 100 trucks since last year, around this period, but till now we have not gotten up to five trucks.

He said the government was waiting for the delivery of the fertiliser before reviewing how to give subsidy.

“We cannot subsidise when the commodity is yet to be delivered,” he concluded.