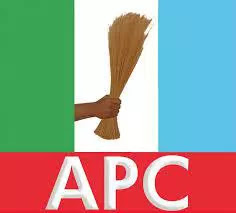 The leadership of the Taraba State chapter of the All Progressives Congress (APC) has berated Governor Darius Dickson Ishaku over claims that his administration has reached out to the 168 wards of the state in terms of development.

Reacting to a recent interview with Channel Television, where Ishaku categorically stated that he has worked in all the 168 wards across the state, the leadership of the party, in an interactive session with media practitioners on Friday, expressed sadness that the Governor is being “economical with the truth. ”

Led by the state Chairman, Barrister Ibrahim Tukur El-Sudi, the leadership of the party said “everybody in Taraba State knows that the Peoples’ Democratic Party (PDP) government has not been working in the state.”

Lamenting that all Tarabans, irrespective of religious, tribes and party affiliations “are in penury and in pains that we elected somebody who came to tell lies to Nigerians that he had worked” they challenged Ishaku to be man enough to conduct media practitioners in the state round the projects “he is claiming to have put in place in the entire 168 wards.”

Citing the former administration led by late governor Danbaba Suntai, who they said ignited development to the state by constructing four kilometers roads in all the sixteen local government councils of the state, the governor, as suggested by the party should concentrate on how to move the state forward and resist from “telling lies to Nigerians and the world at large. ”

Sad that “as at today only twelve local government councils have received their June salaries” the need for the governor to be upright, they said has become necessary for the growth of the state, stating that “we are calling on the Taraba state governor to stop telling the world what he has not done.”

Stressing the party’s readiness and determination to tread extra legitimate miles to “debunk what the governor has told the world ” they said we are challenging him to roll out the score cards of what he has done in the state.

The party, which could not fathom why the governor has gone as far as telling the world what is not visible in the state, said “all the hospitals in this state are merely consulting clinics as at today”.

According to the party, “none of the hospitals are optimally operating, they are just barely surviving because even the upkeep which they are supposed to get to keep them functioning, they don’t even get it on time.”

Stressing how “woefully PDP government in Taraba has failed ” their dreams of emerging victorious in the forthcoming polls, slated for 2023, they affirmed, would no doubt turn out to be a mirage.

Dwelling on how the “poor performance of PDP in the state ” the situation according to him, has given APC the upper hand as plans to receive decamped members from the ruling party in the state to APC, according to El-Sudi, are in top gear.