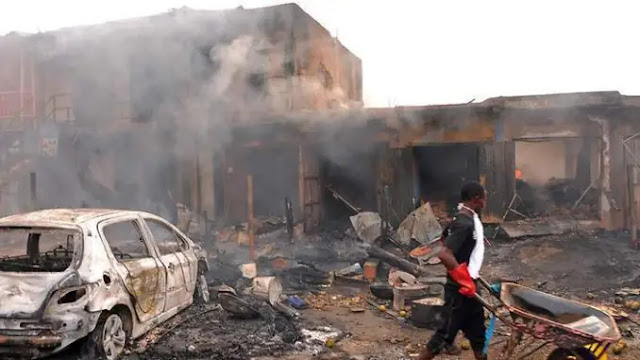 Governor Darius Ishaku says his administration will not leave any stone unturned to protect lives and property of innocent citizens.

The governor made the promises during on an on-the-spot assessment of the bomb blast scene in Iware, Ardokola Local Government Area of the State.
The government delegation was led by his Deputy, Haruna Manu who assured the injured victims, that the state government has taken up the payment of their medical bills, and also made cash donations to the injured, and the affected stall owners.
While, the Speaker of the Taraba State House of Assembly, Joseph Kunini, said the state legislature has no powers to make laws on the new security threat but will ride on existing laws to ensure that the perpetrators are brought to book.
Iware Community in Ardokola Local Government Council, and Nukkai Area in the state capital Jalingo, had recorded Improvised Explosive Device attacks on the 19th and 22nd of April, a development that has sent jitters among the residents.
TVC