Taraba 2023: It’s either me or no consensus arrangement – Bala Kona, Ex-PDP Chairman 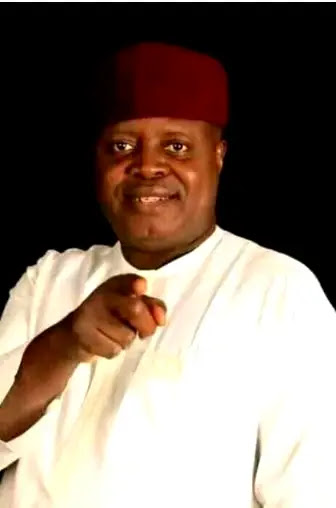 The immediate past state Chairman of the Peoples Democratic Party, PDP, in Taraba state and frontline governorship aspirant, Victor Bala Kona has declared that he would only accept a consensus arrangement if he would be chosen as consensus candidate of the PDP, according to VANGUARD

He spoke Wednesday in Jalingo, while officially briefing residents of the state on his intention to run for governorship in 2023.

He explained that based on his credentials none of those that have indicated their interest to contest the party’s governorship ticket is better than him.

According to him, “In PDP, we believe in consensus but it is discretional and optional depending on the understanding of all aspirants vying for an office.

“This option favours an aspirant who knows the polity of the state and not just anybody.

“Based on my profile I will be willing to accept consensus if it favours me because there is no other aspirant for the governorship position in PDP better than me.

“About ten years ago, precisely on the 17th day of March 2012, I assumed office as the Chairman of the Taraba State Chapter of our great Party, the PDP. A position I held till the 12th day of August 2020 having successfully completed my second term of four years each in office.

“Over the years that I have served in that capacity and indeed much earlier, I have come to develop a bond and familiarity with politicians, community leaders, women and youth across various segments in every land and clime in Taraba State.

“Today, it’s obvious that I have a relationship with all Tarabans in a way or the other which cut across ethnic, religious or zonal divide.”

He also used the forum to dispel rumours making the rounds of an anointed candidate somewhere.

While speaking in his plans for the state, Kona said if elected as governor of the state in 2023, he would focus on key development areas like Education, Agriculture, Health, Provision of Infrastructure and adequate security for residents of the state.