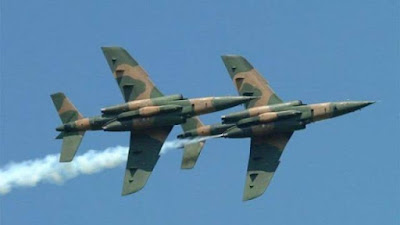 Daily Trust gathered that many bandits were killed in the operation, which started three days ago.

Ground forces involved in the operation reportedly captured many bandits and their informants around Gassol and Karim Lamido axis on both sides of River Benue.

According to sources, the bandits have been in Kambari axis for the past two months.

They are said to be responsible for most of kidnapping and killings in many villages across Bali, Gassol and Karim Lamido local government areas of Taraba.

Efforts to contact spokesperson of the Nigerian Air force for reaction failed.

However, spokesperson of the Taraba Police Command, DSP Usman Abdullahi, confirmed the development, but said it was purely an Air force operation.

“We are aware of the operation but it is purely a Nigerian Air force operation and we can not comment on that,” he said.