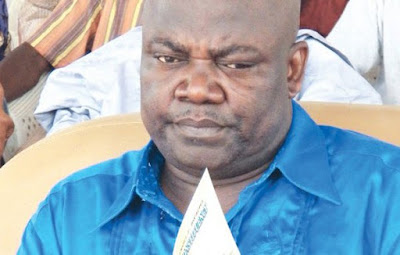 The ICPC revealed in a report that Senator Emmanuel Bwacha "manipulatively awarded contracts for the execution of some constituency projects nominated by him to companies in which he, his family members or associates had "substantial interest directly or indirectly".

The report titled ICPC's and Constituency Executive Initiative Projects Tracking (CEPTI) second phase cited cases of conversion of public projects to personal use with vehicles and water machines recovered from the premises belonging to the senator or his relations.

ICPC report The cited awarded of a contract for the construction and renovation of blocks of classrooms at the Federal University Star School in Wukari, to his company.

According to the ICPC, Bwacha awarded the contract to Eloheem Educational to Management and Schools Ltd, a firm "owned and operated directly" by him.

Educational Eloheem Management Schools Ltd was registered in 2016, a year after he was re-elected to the National Assembly. The Company has Bwacha, his wife and children as shareholders.

In a case misappropriation, the report said Bwacha also "deceived the federal government to fund a personal project" of building a secondary school for the Federal University of Wukari as a constituency project.