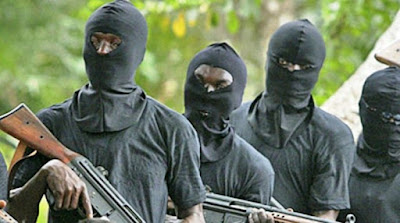 There is tension in Takum town in Taraba State following the killing of Mr. Yakubu Njira, a former education secretary, in the local government by unknown gunmen in the early hours of Saturday.
Residents said Tiv houses around Kasuan Haske and Tortsee near Takum have been burnt by irate Jukun youths in response to the killing of their kinsman.
Caretaker Chairman of Takum Local Government Area, Hon. Shiban Tikari, told our correspondent in a telephone interview that Njira was killed in his farm by people suspected to be Tiv.
Shiban said the farmland where the late Njira was killed has been in a dispute for some time which attracted the attention of the traditional rulers of both Tiv and Jukun.
“The traditional rulers sat over the land in question to find peace,  but not satisfied the Tiv people in the area went to court to seek redress.
“I was told that those who went to court brought a letter to the late Njira withdrawing the case from the court only for the man to be killed today on the same farmland.

“I have directed security agencies to stop any violent reaction and I can tell you that the situation is calm now. Some Tiv people started leaving the town but I directed everybody to remain calm.
“I don’t know what might happen in the night,  but I am going out again with the police and soldiers to ensure peace in the area,” he said.
The Caretaker Chairman said those living close to the area where the incident happened have all fled the area, which has made it difficult for any arrest to be made.
A resident of Takum,  Mr. Jeremiah Tersoo, told our correspondent that Tiv people living in Takum were being harassed and their property looted.
According to him, many Tiv people were packing out of Takum town following the incident, even as houses were being burnt and looted.
allegedMy submission that Yoruba, Igbo have same parent language not political –Arem
“A similar situation happened in 2016 and many Tiv people were traced and killed in their houses in Takum town in the night with security agencies doing nothing to stop it,  so,  many people are leaving the town.
“We are innocent of what has happened so security agencies should go after their suspects and stop the escalation of the situation. As it is now,  we are not safe,” he lamented.

PUNCH
Our correspondent reports that Takum is the home town of Governor Darius Ishaku and Retd. Gen. TY Danjuma