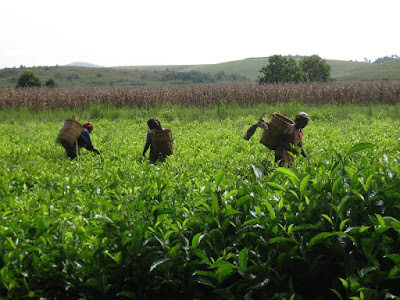 Despite a rise in kidnapping incidents and flood in many Taraba communities, farmers have said that they have realized bumper harvest of various crops this year.

North-East Trust reports that the state witnessed a rise in the number of kidnappings which prevented many farmers from accessing their farms as well as flooding which affected many communities and washedsveral rice farms.

However, many farmers interviewed said they have recorded a good harvest.

How Nigeria Men Now Naturally and permanently boost their bedroom performance and regain confidence A farmer in Mutum -Biyu, Mallam Garba Halilu told North–East Trust that despite the flood, which destroyed both maize and rice farms bumper harvest was recorded.

He said also despite incidents of kidnappings , which posed a threat to farming activities in most local government areas, many farmers took the risk and cultivated their farms. At Tella  area, which is located by the River Taraba, many rice farmers along the river’s  bank  suffered losses as their farms were destroyed by floods. A farmer Alhaji Sani Tella told our reporter that he lost all his three rice farms located by the bank of the river to flood but was lucky that his other farms located far from the river had yielded well.

Findings revealed that following  good harvest prices of food stuffs has come down in the state. A visit by our reporter to some rural markets across the state revealed that farmers have flooded markets with assorted foodstuffs resulting to crash in the prices  of the various produce. At Mutum-Biyu grains market a 100 kg bag of maize now sells at between N5000 to N5500 while a 100kg bag of paddy rice goes for  N7000. However, the prices of foodstuffs differ from one location to another.

In Dakka, located off Jalingo– Bali road, a 100kg bag of maize is sold at between N3500 and N4000. Similarly, the prices of foodstuffs are lower in Jatau, Kungana, Garba-Chede and Maihula markets than in Mutum-Biyu, Tella and Iware markets At Garba-Chede, Maihula and Kungana a 100kg bag of maize now goes for between N4,000 and N4,500. North-East Trust further finding revealed that a 100 kg bag of beniseed and melon seed  is now sold at N25,000 each. Other food stuffs which prices crashed include yam, beans, cassava  and millet. North – East also discovered that grains merchants from neighbouring states are now making bulk purchases of foodstuff in most of the rural markets visited.