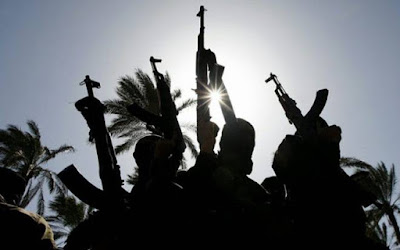 A woman has been reported killed by armed men at Tor-Musa village in Wukari Local Government Area (LGA) of Taraba State.

The council chairman, Mr Daniel Grace, disclosed this to Channels Television via telephone interview on Thursday.
He explained that suspected members of a militia group ambushed two persons travelling on a motorbike and killed the passenger while the rider was injured.

“The travellers left Donga LGA of Taraba and headed for Wukari before they were ambushed and in the process, one person was killed and the other injured; they were riding on a motorcycle,” Grace said.
He added, “The attack took place at Tor-Musa Forest, the person killed is a woman while the rider (a man) sustained several degrees of injury.”
The council boss noted that the injured victim has been taken to a hospital in Donga LGA for treatment.
The incident comes one week after a similar incident took place at Tsukundi, leading to the death of a school principal.
When contacted, the Public Relations Officer of Taraba State Police Command, Mr David Misal, said the matter has yet to be reported to his desk.