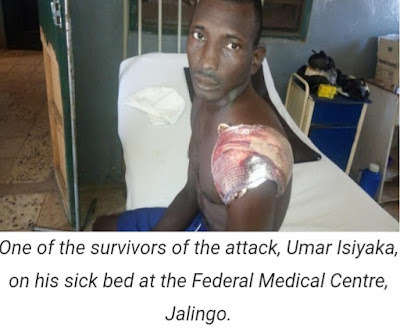 Unknown gunmen have shot and beheaded three labourers working at a rice farm at Yelwa village in Jalingo local government area of Taraba state. Two other labourers working on the same farm however escaped with gunshot wounds and are admitting at the Federal Medical Center (FMC), Jalingo.

Daily Trust gathered that they were said to be hired by one Alhaji Musa Umar to work on his farm and got attacked by unknown gunmen while working on the farm on Saturday. 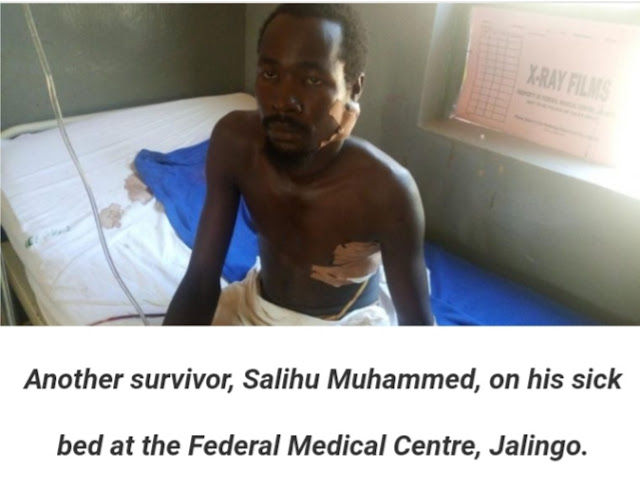 Two of the survivors, Umar Isiyaka and Salihu Muhammed, told our reporter on their sick bed that all of them are from Yalwan Dame village in Birnin Kudu local government area of Jigawa state. They said each year they used to come to Taraba and Yelwa village during harvest period to work on rice farms.

They further revealed that they came to Yelwa village four weeks ago and have been working on different farms in the village. Another survivor, Salihu Muhammed, on his sick bed at the Federal Medical Centre, Jalingo.

They said they were hired by one Alhaji Musa Umar to work on his farm located a distance away from the village and it was while they were working in the farm that some gunmen surrounded them and started shooting.

“We were working on the farm when some people came and surrounded us and started shooting. “Two of us were lucky to escape into bush and the three others – Muhammed Adamu Daba, Shehu Shayaro and Adamu Gambo – were shot and beheaded by the attackers,” the survivors narrated.

Daily Trust further gathered that the corpses of the three deceased persons have been deposited at the mortuary of FMC Jalingo. One of the survivors, Salihu Muhammed, said they have reported the incident to their family members at Yalwan Dame in Jigawa state.

As at the time of filing this report, Police spokesman in Taraba, DSP David Misal, could not be raech for comment over the incident as his mobile line was switched off when our reporter called.