Bajumba: Community in Taraba where they only fetch water 12 midnight 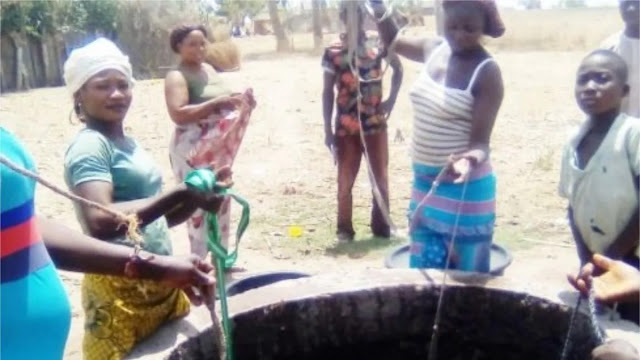 The people of Bajumba in Taraba state are really hard-pressed for water as they have to depend on just a well as their main source for the essential. Daily Trust reports that at 12 midnight, the residents of the community orderly make a long queue as the well is opened for use. What makes the whole situation horrible is not only that they all depend on a single source for water but that the queue begins from 6 pm, six hours earlier, to the opening time.

It should be noted that the well was constructed by one Danbaba 27 years ago when he was the chairman of Bali local government area. The situation becomes worse during the dry season where every other seemingly source of water is dried out. “It is a matter of first come first get.

And the process is always orderly. We are all related to each other. We are from the same tribe, Wurkum, and that is the uniting factor among us," a resident told Daily Trust reporter. The residents are not only facing a problem of water shortage, but there is also a dearth of other facilities in the community. The community residents around the well.

Another resident, Mrs Murna Adamu, a mother of three, said that the area does not also have a school, clinic, or a tarred road. “Our children trek daily to go to school in neighbouring villages while pregnant women also trek a long distance to get medical services.

I can remember during my first and second delivery, l was taken on a motorcycle to Shagarda Maternity Clinic where l was delivered of a baby boy,” she said. For their medical care, a neighbouring local government, Gassol LGA, was a source of help, sending its health workers, until it stopped. When the chairman of the area was contacted, he said that the council is really facing a lean purse and could not provide for the needs of the community.