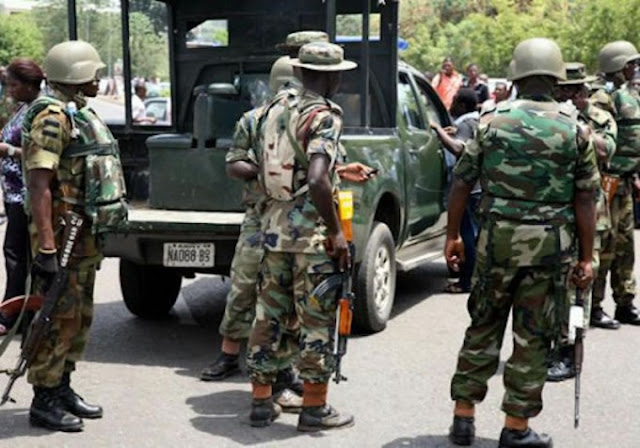 A cultural festival turned deadly on Saturday in Taraba State after soldiers sent to enforce a lockdown allegedly shot dead four residents and injured 16 others.
The Taraba State Government, on April 21, in a broadcast by the state’s deputy governor, Haruna Manu, announced a lockdown order in the state to prevent the spread of coronavirus.
The violence occurred at Jen community in Karim-Lamido Local Government Area of the state. The festival turned violent when the residents resisted an attempt by the soldiers to disperse them and prevent the festival from holding.
Residents said the festival, called ‘Minhu’ hunting festival, is celebrated annually every first week of May. It is the major cultural festival of the Jen community and is recognised by the government as a major festival in the state.
Three residents of the community who spoke with PREMIUM TIMES asked not to be named for fear of arrest during investigation.
One resident said the district head of Jen, Sama’ila Agwaru, had earlier announced the suspension of the festival based on the government’s lockdown directive.
“Initially, the soldiers enforced the lockdown on the community market on Friday,” the resident said. “While trying to prevent the festival on Saturday, a group of youth confronted the soldiers setting ablaze used tyres.”
“The soldiers fired gunshots into the air to scare the youth. However, the undeterred rampaging youth shot one of the soldiers with an arrow after which the soldiers opened fire on them,” the source said.
This newspaper learnt that four people died at the scene while 16 others sustained severe gunshot injuries. Some of the injured are said to be in critical condition.
Two of those killed were identified by their nicknames, Iliya and Black, while the two others are yet to be identified because they came from neighbouring communities to celebrate the festival.
The injured soldier is said to have been taken away by his colleagues.
A resident said the community’s market leader (Sarkin Kasuwa), Jibir Sarkin-Fawa, was critically injured by the aggrieved youth who accused him of colluding with the government to prevent the festival from taking place.

Jen is one of the major communities in Karim-Lamido Local Government Area. It is predominantly occupied by the Janjo tribe although there are other tribes such as Dadiya and Bambuka. The local government shares a land border with Adamawa, Gombe, Plateau and Bauchi states.
When contacted, the police spokesperson in Taraba, David Misal, said the incident occurred when the security agents went to enforce the lockdown after the locals insisted on going ahead with the festival.
“Even though the information about the incident, for now, is sketchy, I will get back to you as soon as I get more details,” Mr Misal said.
Taraba currently has eight coronavirus cases, according to the Nigeria Centre for Disease Control.
More details of this report will be provided in subsequent updates.