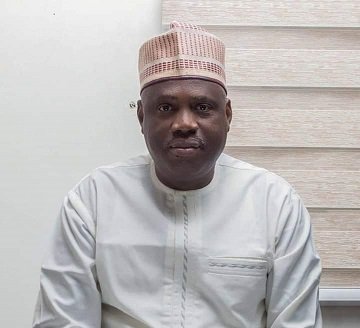 A Federal House of Representatives member from Takum/Ussa/Donga/Yangtu constituency of Southern Taraba, Rimande Shawulu, has called for truce between the Ichen speaking people of Jukun and the Tiv in the State.
Ichen and the Tiv have lost no fewer than 100 persons in renewed crisis, which began in Donga local government area on Sunday.
Properties estimated at millions have been reportedly destroyed.

Thousands of both groups have been displaced, it was learnt.
The Chairman of Ichen Cultural Association, Samuel Ahmed Bibinu, said he has lost 20 persons in the violence.

He blamed the Tiv militia for the hostilities, adding that nine Ichen villages were torched.
“Homes and foodstuffs worth millions of naira have been destroyed,” Bibinu said.
He gave the names of the Ichen towns destroyed as: Gidan Adamu, Gankwe Bariki, Suntai Donga, Zambana, Sanso, Kwassa Sarki, Kwassa Sabo, Dadin Kowa, and Baka Koshi.
But the Chairman of Tiv Cultural and Social Association in Taraba State, Goodman Dahida, in a press conference, said the claim by the Ichen group of Jukun was baseless.
He said over 80 Tiv persons were massacred by the Ichen militia in Maraban Donga, Ananum and other Tiv villages.
“The Ichen-Jukun have a grand plan to eliminate the Tiv completely from Taraba State. God knows who started the attack, but Tiv people were attacked, killed and their property destroyed by the Ichen, but the same Ichen are accusing the Tiv of attacking them without provocation.
“The land issue between the Tiv and Ichen was used as a cover-up by the Ichen people. Ichen had mobilised Jukun militia from different places to attack and kill the Tiv, which was part of their grand plan to eliminate the Tiv people in Taraba state.
“To our understanding, the Jukun people are so aggressive against the Tiv simply because their son, Darius Ishaku, is the governor of the state,” Dahida said.
Rimande Shawulu, a Kuteb lawmaker, called on all stakeholders of the state and the government to find a lasting solution to the crisis before the zone is completely ruined.

“The Tiv/Jukun crisis must end now before it consumes us all,” he warned.

Speaking to reporters, Shawulu noted it was “pure madness” that despite the high level of intermarriages and religious uniformity in the region, Jukun and the Tiv have continued to kill and destroy each other over reasons that are not even clear.
He regretted that southern Taraba is enormously blessed with human and natural resources like no other region in he country, development has continued to elude the people because of incessant crisis.
Shawulu said it has come to a point where blame trading and claiming of right is no longer fashionable. He urged religious bodies, civil society organisations and all stakeholders to come to a round table and sincerely chat a new course for the good of the people and posterity.
“It is so sad hearing the news about the killings and destructions going on in southern Taraba at the moment.
The intermarriages in that area are so much and most of the people are also Christians. So, you really begin to wonder why we are doing what we are doing in that area. Wars only increase the problems that people have. But if we can find a way of sitting on a round table, let us do it, for that would be the best thing to happen to southern Taraba. The earlier this crisis is stopped, the better for all of us,” Shawulu said.